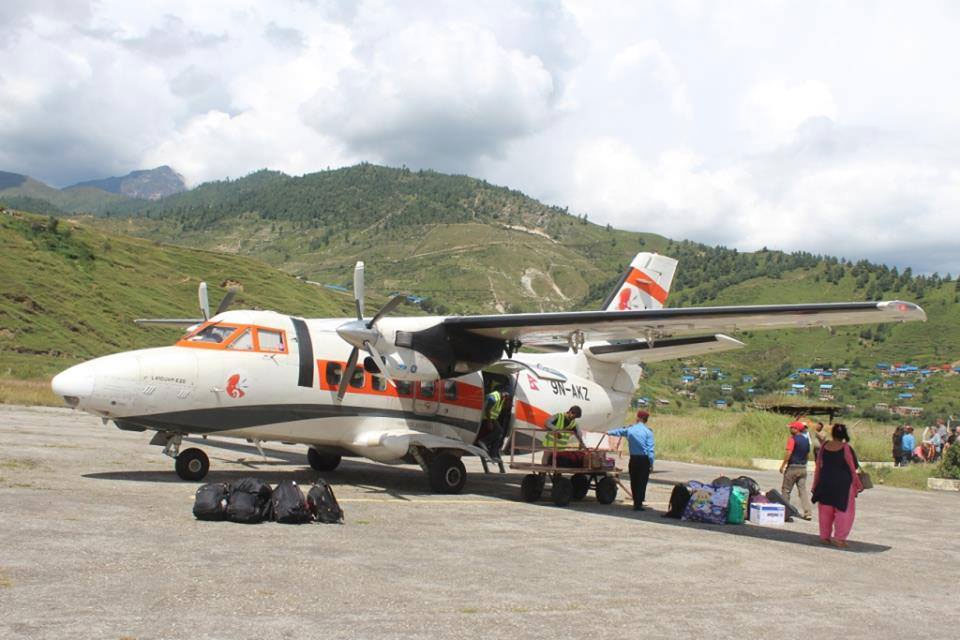 JUMLA, Sept 12: Surkhet-Jumla flight has come into operation for the first time after Surkhet was chosen as the capital of Karnali Province. Tourism Minister Nanda Singh Budha inaugurated the flight by taking a Surkhet-Jumla flight conducted by Summit Air. The flights will be managed by Go Karnali Travels and Tour P. Ltd.

Surkhet-Jumla air service has been operated with a view to promoting tourism, Tourism Minister Budha said at a press meet organized by Tourism Journalists Association at the airport.

According to her, two-way flights will be conducted two days a week - Friday and Tuesday.

Surkhet-Jumla flights were brought into operation after Surkhet was unanimously chosen as the capital of Karnali Province. Nepalgunj-Jumla flights have been in operation since long.