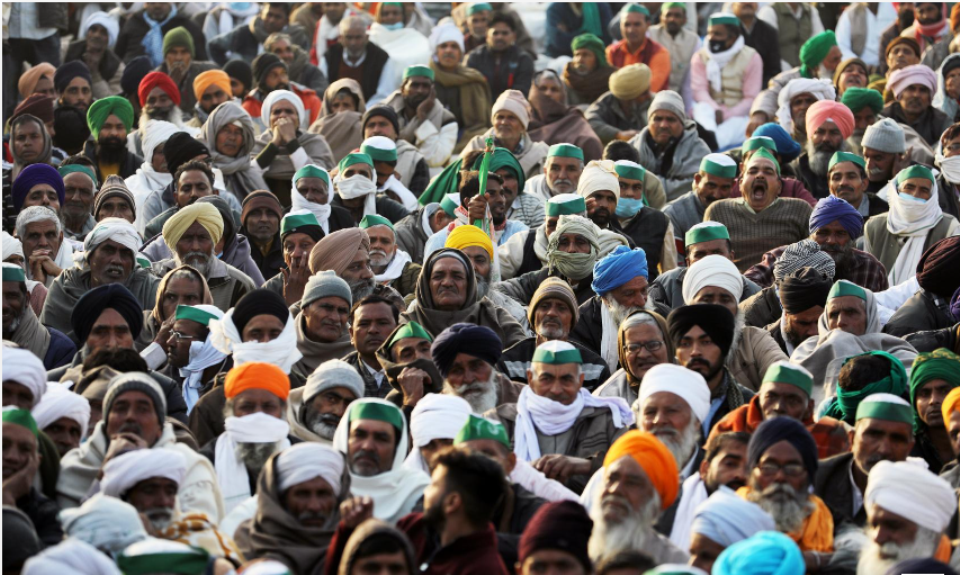 NEW DELHI, Dec 18: India’s Supreme Court on Friday declined calls to ban a weeks-long farmers’ protest and asked the government and unions to help form a committee of experts to mediate between them.

“We make it clear that we recognise the fundamental right to protest against a law. There is no question of balancing or curtailing it. But it should not damage anyone’s life or property,” Chief Justice S. A. Bobde said.

Thousands of farmers angered by three agricultural laws that they say threaten their livelihoods have intensified their protests by blocking highways and camping out on the outskirts of the capital New Delhi.

Petitioners had approached the Supreme Court to complain that the protests had hampered drivers and making it difficult for people to access emergency medical services.

“We are of the view at this stage that the farmers’ protest should be allowed to continue without impediment and without any breach of peace either by the protesters or the police,” Bobde said.

Prime Minister Narendra Modi’s administration in September introduced the farm bills that the government says will unshackle farmers from having to sell their produce only at regulated wholesale markets and make contract farming easier.

Farmers insist that the new laws will leave them at the mercy of big corporations.

Six rounds of talks between government ministers and farmers’ union leaders have failed to resolve the situation.

The government has said while the laws can be amended, it is against repealing the bills. Farmers last week rejected a government’s proposal to amend the legislation.

India’s vast agriculture sector, which makes up nearly 15% of the country’s $2.9 trillion economy, employs about half of its 1.3 billion people.