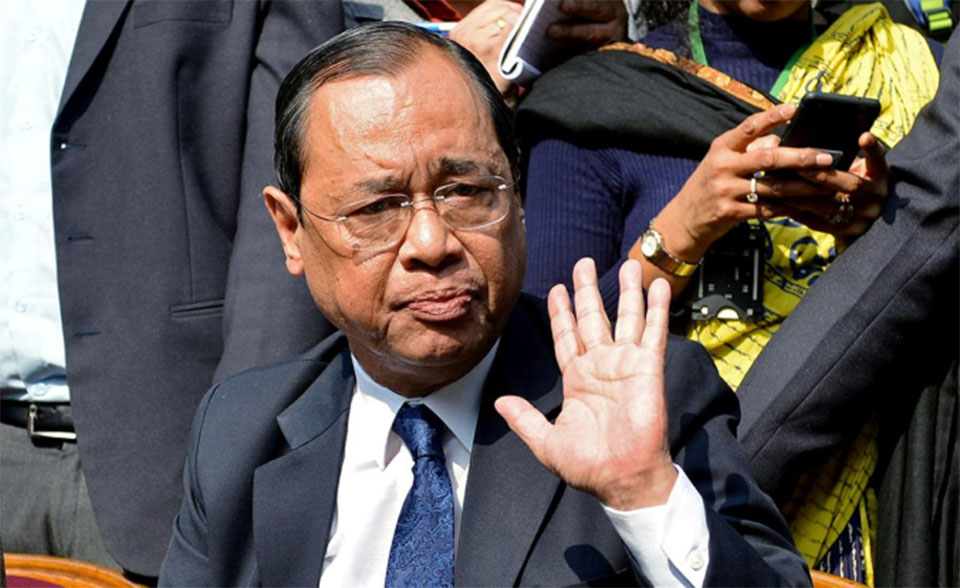 MUMBAI,  April 20: The chief justice of India’s Supreme Court, Ranjan Gogoi, on Saturday denied allegations that he made unwanted sexual advances towards a junior court assistant who worked in an office at his home and that she was subsequently victimised.

“This is unbelievable,” Gogoi, India’s most powerful judge, told a special hearing of the court he called on Saturday so that the allegations could be addressed. “I should not stoop low even in denying it.”

Gogoi said the events showed that India’s judiciary was under “serious threat” and was being destabilised by a larger conspiracy, without elaborating.

“There is some bigger force behind the woman,” he said.

The allegations, dating from October, were carried in full by a number of major Indian online publications on Saturday.

The 35-year-old woman, whose identity has not been publicly disclosed, wrote a letter to all 22 of the Supreme Court judges along with an affidavit detailing her allegations on Friday.

Those included a series of allegations that the woman and her family were victimised by a series of related actions by the authorities, including the termination of her employment, and the suspension of her husband and his brother, who worked in the Delhi police force.

She also says another brother of her husband’s had his Supreme Court job terminated and she also faced a “false and frivolous” bribery complaint, leading to her arrest and subsequent bail.

“Me and my family’s victimisation is a consequence of my not agreeing to the sexual advances made by the Chief Justice of India, Justice Rangan Gogoi,” she said in the letter to the judges.

Justice Arun Mishra, who joined Gogoi on the bench for the special hearing, said the allegations were “wild and baseless”.

The court asked the media to show restraint in covering the case to avoid undermining the reputation and independence of the judiciary, though it decided not to issue a gag order.

KATHMANDU, Aug 12: Chief Justice Cholendra Shamsher Rana has said that the law practitioners are the ones who illuminate justice... Read More...

KATHMANDU, Nov 29: Politicians representing the ruling and opposition parties have given mixed reaction to the Judicial Council’s recommendation for the... Read More...

PHOTOS: Bauddhanath  reopens after more than two months
8 hours ago