Issuing a press statement on Monday, the SCBA described the killing of the country’s Supreme Court’s judges at a time when the government and rebel groups are holding peace talks is an attack against the rule of law, an independent judiciary, human rights, and functional freedom of judiciary. The statement issued by the SCBA Secretary Reeshi Ram Ghimire also concluded that the brutal killing of judges is a crime against humanity. 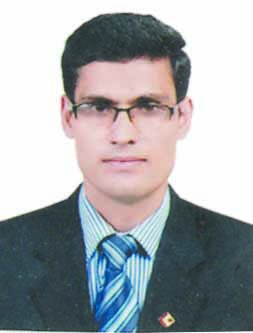 The SCBA has asked the government, non-government and other concerned stakeholders to be responsible for the functional independence of justices and an independent judiciary as the instances of attacks against justices, legal professionals and those working in the field of law are on the rise to meet vested interests of various groups.

“Internal, external or any other types of attacks or interferences against the independence of judiciary and justices, legal professionals and those working the in the field of law cannot be acceptable. Supreme Court Bar Association extends heartfelt condolences to the justices duos killed in the attacks made in Afghanistan,” reads the statement.

The two Afghan judges were killed in Kabul on Sunday when unidentified armed men opened fire at the vehicle they were traveling in, marking the latest incident of targeted killings in the war-torn country, according to media reports.

The incident took place in the Taimani neighborhood, Police District 4 of the city. The shooting also left two other government employees injured. Sunday's incident was the latest in a string of targeted killings in Afghanistan.

Trump blames media for condemnation of comments on Virginia

WASHINGTON, August 23: President Donald Trump blamed the media Tuesday for the widespread condemnation of his response to a Charlottesville, Virginia,... Read More...