KATHMANDU, Feb 3: The Supreme Court Bar Association (SCBA) has deplored the seizure of Myanmar’s elected ruling regime and declaration of a state of emergency for the period of one year by Myanmar’s Junta.

Issuing a press statement on Wednesday, the SCBA said Myanmar’s Junta has delivered a serious blow to the democracy by taking the egregious move to control the regime and detain the leaders of the National League for Democracy, human right activist and proponent of freedom of speech Aung San Suu Kyi along with other senior government leaders.

“The Supreme Court Bar Association deplores this incident as an attack on democracy, rule of law, independent judiciary, human rights as well as freedom of opinion and expression,” it said in the statement, adding: “Hence, the Bar hereby appeals to Myanmar’s junta to reinstate the democracy and rule of law by transferring the regime to rightly elected representatives to govern.”

The SCBA has also appealed for the immediate release of those detained including the leader of the National League for Democracy Suu Kyi and recently deposed President Win Myint. “The Bar also appeals to promptly release the restriction imposed on the mass media and communication thus preserving and respecting freedom of opinion and expression of the general public,” said the statement issued by SCBA General Secretary Reeshi Ram Ghimire. 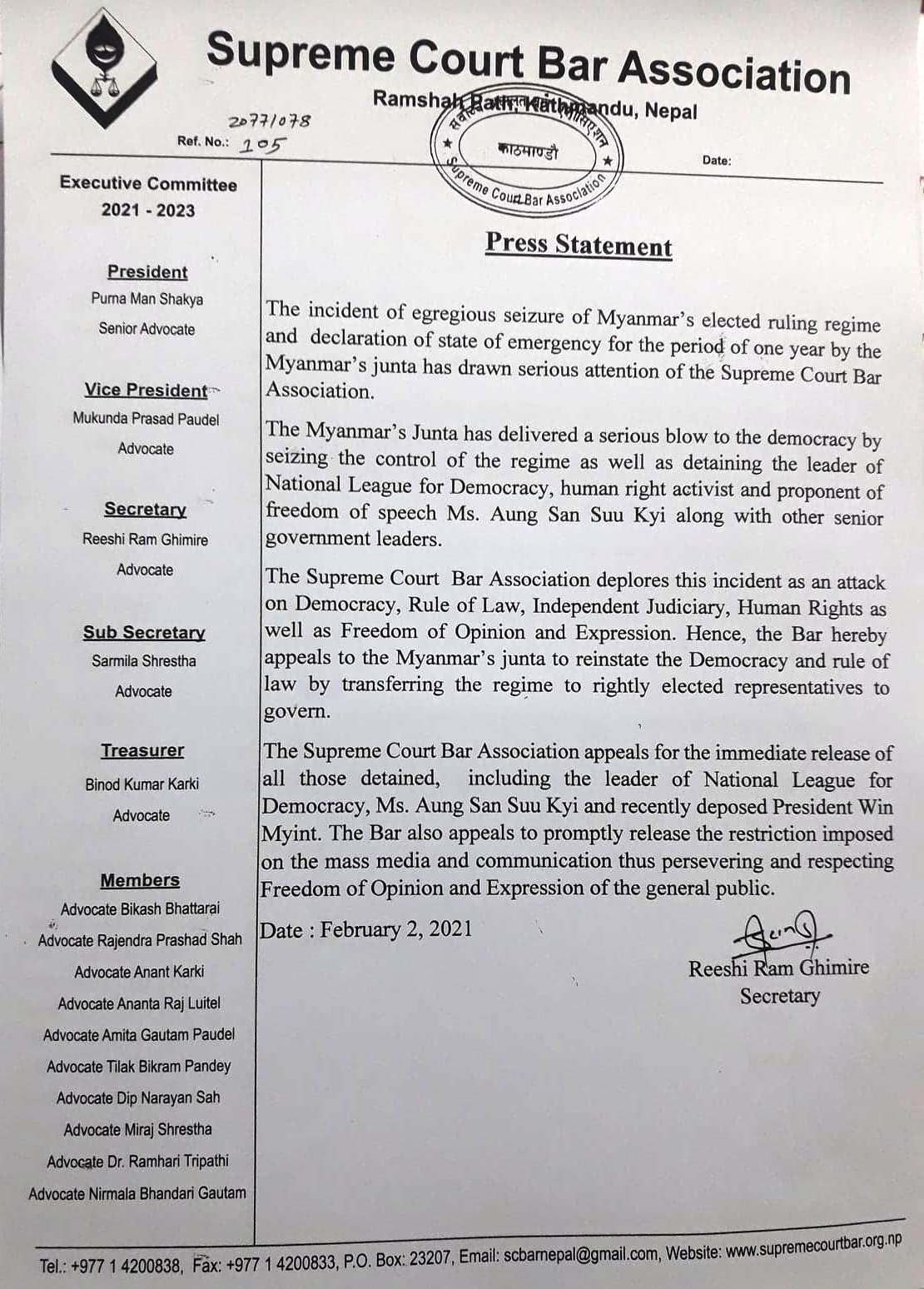 MYANMAR, Feb 16: Myanmar’s military junta guaranteed on Tuesday that it would hold an election and hand over power, denied... Read More...