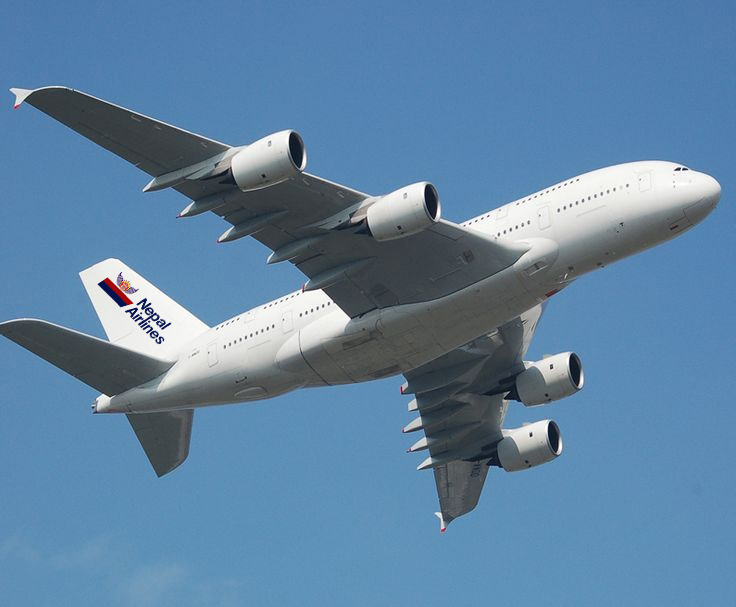 The approaching retirement of Singapore Airline’s (SQ) first Superjumbo A380 has got the aviation forums in a state of palpable trepidation as to how the aircraft will fare in the secondary market. At home, Nepal Airlines (RA) is also on the verge of disposing off its 30-year-old B757. But it has thus far received lukewarm attention. Having failed to garner $1.7m price tag it is now being downgraded to $1.4m, as we hear. SQ generally prefers to keep a fleet no older than six years; at 10 years, it has been much longer for A380.
Generally new aircraft types are made little heavier to endure long and rigorous testing. As such, excess weight of early A380s became a nagging issue from revenue aspect. Further, A380s had some minor structural issue that required reinforcing wing ribs in the first 120 aircraft. Besides that, a very small number of early frames also had additional anomaly related to wiring. In fact, the wiring muddle had delayed delivery of first A380 to SQ in 2007. It was no surprise that SQ was getting rid of the earliest frames at the first opportunity.
It would be ideal if the retired frame finds a new owner as those who love/like A380 would naturally like to see it fly for many years to come. But this can happen only if the prospective buyer/lessee finds it beneficial to use, as no one keeps a white elephant for love. With the smallest operational and maintenance details laid bare, it should not be difficult to decide whether giving a second life to A380 will be worthwhile for an airlines.

Second life
Malaysia Airlines (MH) tried and failed to dispose two of the six A380 it owned. Even Thai struggled to do so for some of its six. Incidentally, British Airways (BA), which owns 12, was on a lookout for six or so used/cheap A380s. Not knowing much about Thai effort, BA found A380s in Malay colors rather expensive. First, they were relatively new at four years and second they had been depreciated at a lesser rate making them relatively expensive in BA eyes. But it showed, for the first time, that primary airlines are not averse to acquiring second-hand A380s.
Failing to offload, MH has now decided to brand the 4/A380s under a different entity geared for charter jobs. It sees opportunities in catering to Hajj and other pilgrimage trips round the year in the 700-seat configuration. It will also be available for other charters even if it takes four or five days to change into new seating layouts. Given such a scenario the MH is seen to have literally got hold of the secondary niche before it even got started.
But A380’s secondary market is yet to be established in the true sense. It would most likely happen in the Asian region first. Such A380s would probably end up doing short to medium haul routes with less fuel in tanks. Carrying fewer supplies on such trips would also allow for more flights and quicker turnaround times.
Normally wide bodies get converted into freighters in the later part of their useful life. But Airbus focused only on the passenger version, not freight. It may be a great passenger aircraft but it has little cargo space compared to even smaller B777.

Small miracles
In the secondary market it will be in the hands of small operators. It is increasingly apparent that Airbus has to find ways to help transit A380 to lower level users if it wants to prologue A380 program. Unlike small jets, wide bodies have limited openings in the secondary market and the biggest A380 has the narrowest opening of all. Primary concerns of small operators are more to do with MRO (maintenance, repair and overhaul) issues. Small airline operators cannot be expected to manage full MRO requirement without support. Any assistance in this regard will not only help in the development of lower order markets but at the same time assure primary operators on good resale value.
Interestingly, the Portuguese Hi Fly, through which RA’s deal was channeled, is a charter airline that also doubles as a leasing company. A330s destined for RA is typical for being the “last” and “only” order for this type at 2017 Paris Air Show. Other airlines were naturally queuing for newer/efficient and expensive A330Neo. Incidentally, Hi Fly will soon be acquiring 2/A380s that will be returned by SQ in 2018.All these happenings make us wonder: what would happen in the unlikely event of RA acquiring Superjumbo in its next order?
It would be a logical step to aim for an aircraft wider than A330. Second, as there is no sign of decline in number of Nepali migrant workers, it would provide an ideal mode to transport them all round the year. Third, it would help decongest TIA by reducing number of small jet flights. Fourth, it would help Hi Fly to unburden itself of A380sfrom its inventory. And, above all, it will be useful in ferrying not just RA employees and their spouse but also members of their extended families on hard-earned vacations!

Huma to star opposite Rajinikanth in PA Ranjith’s next

Bollywood actor Huma Qureshi is all set to star opposite superstar Rajinikanth in a yet-to-be tilted film. ... Read More...