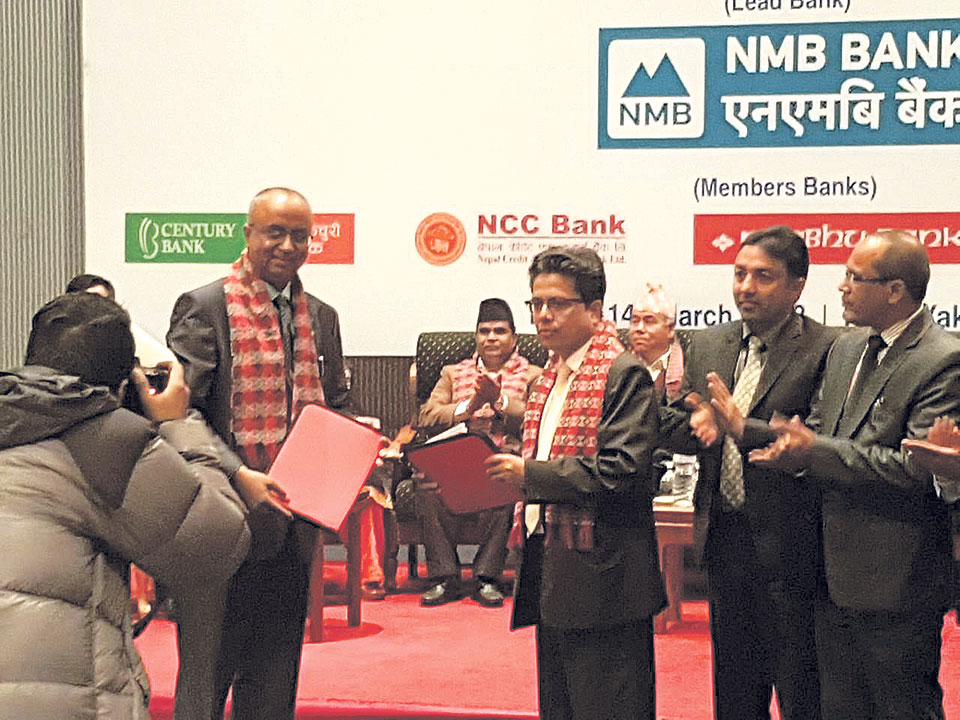 The consortium will finance 75 percent of the project's total cost of Rs 7 billion.

Shailendra Guragain, chairman of the company, and representative of different banks signed the agreement amid a program organized in Kathmandu on Wednesday.
The company had signed Power Purchase Agreement (PPA) with Nepal Electricity Authority (NEA) in June last year.

The project will be developed on Nyadi River located in Marshyangdi Rural Municipality of Lamjung. Water from the river will be diverted into a desanding basin before flowing through a 6.76-kilometer tunnel to the powerhouse. Thereafter, the water will flow to the underground powerhouse through two penstock pipes to generate 235.46 GWh annually.

The company has said that the plant will help in reducing energy crisis in the country, according to a press statement issued by the company.