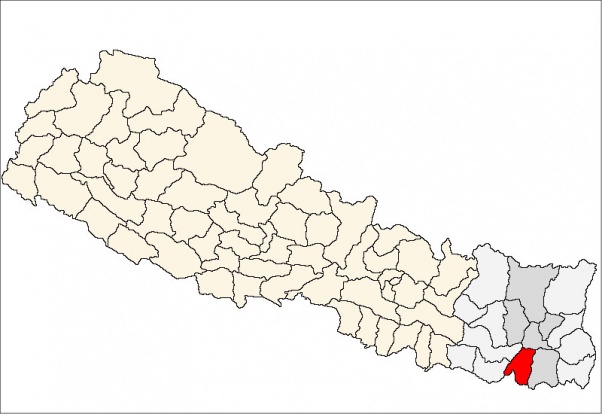 ITAHARI, April 26: Two days ago, 25-year-old Mukesh Rishidev of Chandwel, Inaruwa-7,  was murdered with a sharp weapon at his own home. Police have launched an investigation to find the perpetrators. According to police, the culprits had ripped off his head.

Even though police suspect the involvement of Mukesh’s wife Bimala in his murder, they have not been able to find her yet. Bimala is currently at large with her two little children.

Two weeks ago, police arrested five individuals for their alleged involvement in the murder of Bholaman Rai, 46, of Barahakshetra-7. “Our investigation has revealed that Bholaman was beaten to death,” said Inspector Jiwan Tamang of the Area Police Office (APO), Mahendranagar. Harkaman Rai, the brother of the deceased informed Republica that Bholaman had gone to meet a local, Nir Kumar Tamang, on April 5.

Harkaman claimed that his brother was brutally beaten by the suspects after which he was rushed to Biratnagar for treatment. Unfortunately, he succumbed to his injuries on the way to hospital. “Nir Kumar and his friends might have beaten my brother under the influence of alcohol as he sells liquors at his home. Later, when we found out that he had been left unconscious on the road, we tried to take him to a hospital for treatment.

However, we could not save him,” laments Harkaman. Family members fear that police might release the accused due to their political ties.

Two months ago, Nar Bahadur Chhettri, 84, of Ramdhuni, Sunsari, died after being hit on the head with a sharp weapon. Police arrested Ramesh Rai, 25, of Makalu-4, Sankhuwasabha, temporarily living in Itahari on the charge of murdering the elderly.

Similarly, five months ago, Mohammad Fida Hussain, the supervisor of a factory, was murdered at Duhabi-9 of Sunsari. Police have kept five people under custody for their “apparent involvement” in the murder. Hussain was out for a morning walk when he was attacked and killed at around 6: 30 on November 21 last year.

Even after months, police have failed to nab the main accused of the murder of Surendra Majhi, 22, of Barahakshetra on September 9. Police so far have arrested Sharan Tamang, 21, of Kanepokhari, Morang, and Shakti Tamang, 23, of Barahakshetra-6. However, Jitendra Urab of Inaruwa-10 is still at large. The body of the deceased had been thrown in the Saptakoshi River after the murder.

On September 20, Maulana Khursid, 50, the principal of Rairayan School in Harinagar of Sunsari was shot dead by an unidentified group. Sadly, even after such a long time, police have failed to book the culprits. According to police, the perpetrator has been identified but has not been arrested so far.

A series of murders in Sunsari has threatened the safety of locals here. Since the beginning of the current fiscal year, Sunsari has witnessed a total of 28 murders, shows the records maintained by the District Police Office (DPO), Sunsari.