Sunita Danuwar awarded by the US State Department Award 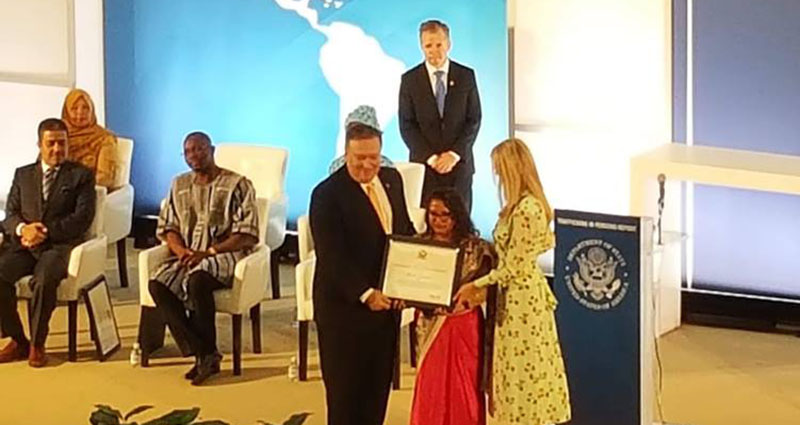 WASHINGTON DC, June 29:  Sunita Danuwar, a leading social activist from Nepal has been awarded the Trafficking in Persons (TIP) award provided by US Department of State for her contribution against trafficking.

Danuwar was a sex-slave by force at the age of 14 until an accidental Indian police at Mumbai’s brothels led to her rescue. Since then, she has been pivotal to raise awareness on human trafficking, prevent young girls and women from being trafficked outside the country.

Danuwar received the award from Foreign Minister Michael Pompeo in the program organized at Washington DC on Thursday.

US government annually provides this award for eligible candidates who work against human trafficking.

After receiving the award, Danuwar said, “I was not aware about my work being observed globally and I am really glad to receive this honor from US government. I now realize that I am receiving more responsibilities and I am committed for it.”

Dr. Arjun Karki, Nepal ambassador to US was also present for the award ceremony.

Prior to this, in 2012, she received a letter of honor from the US Special Operations Command in which they were recognizing her combat against human trafficking. In 2014, she was selected as one of the finalists of Roland Berger Human Dignity Award as well as one of the ten persons who received the Child 10 (C10) Award for their fight against the trafficking of children. 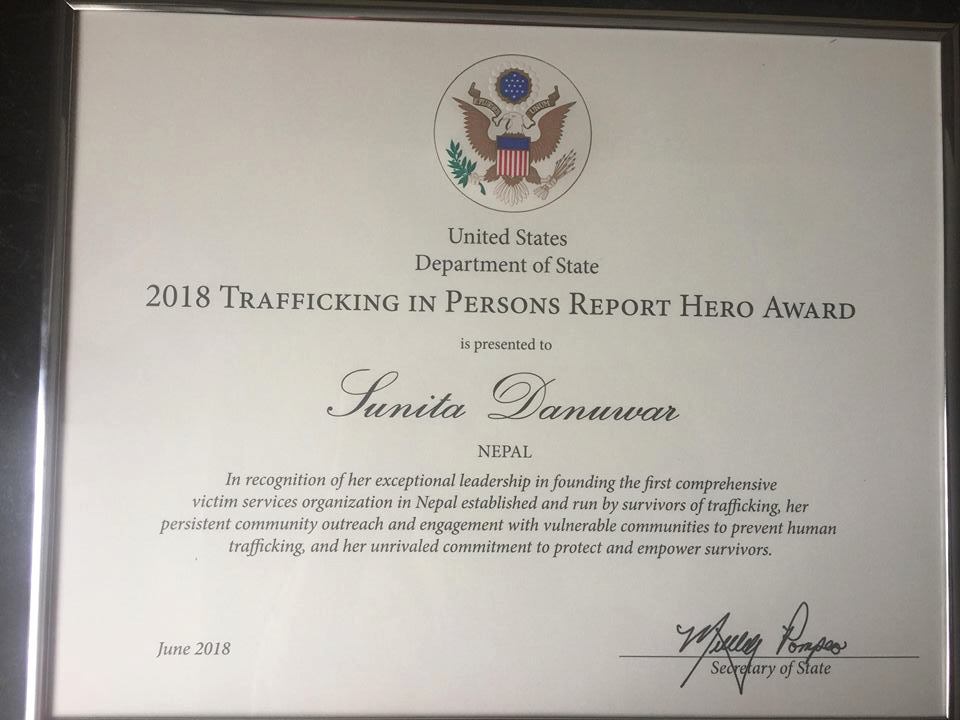