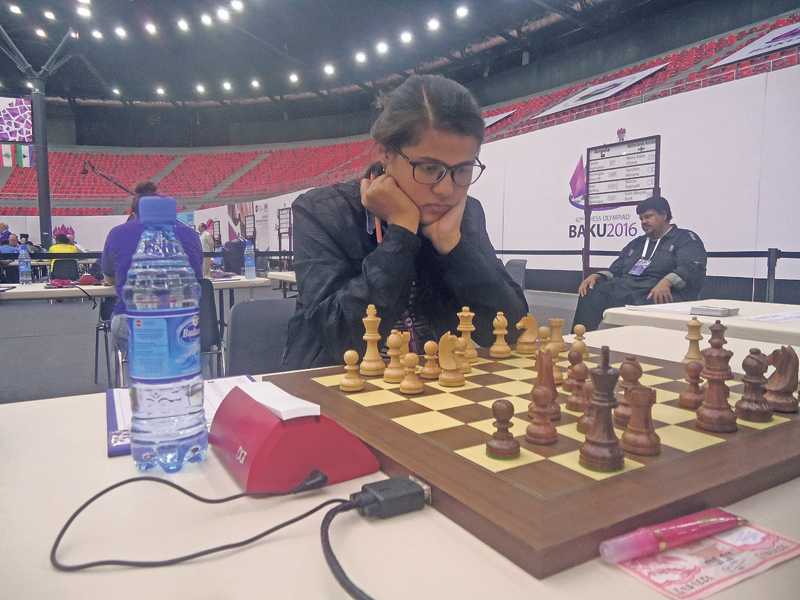 KATHMANDU, Sept 13: Sujana Lohani has become the first Nepali woman chess player to be awarded with the title of FIDE Master after registering victory in the ongoing 42th Chess Olympiad in Baku, Azerbaijan on Tuesday.

Sujana, who is rated 1488, defeated Manyeli Mahlauli of Lesotho to collect six points required from eight boards during the 10th round. She did not play the first and second rounds. Sujana, who has won six matches and drawn two, will now face Jacobs Annelaine in the last round.

With two victories from four matches on Tuesday, Nepali women’s team collected 2.5 points to beat Lesotho, which collected 1.5 points in the 10th round.

New FIDE Master Sujana is the product of Greenland School. She trained under chess coach Manish Hamal, who had won the FIDE Master title eight years ago during the Parsvnath International Chess Tournament.

In the 11th round, Nepal will face Iraq and Aruba in men’s and women’s sections respectively.

BIRATNAGAR, Jan 29: Shailendra Shrestha, the chief of ward 4 of Sundarharaicha Municipality of Morang, was surprised when he first saw... Read More...