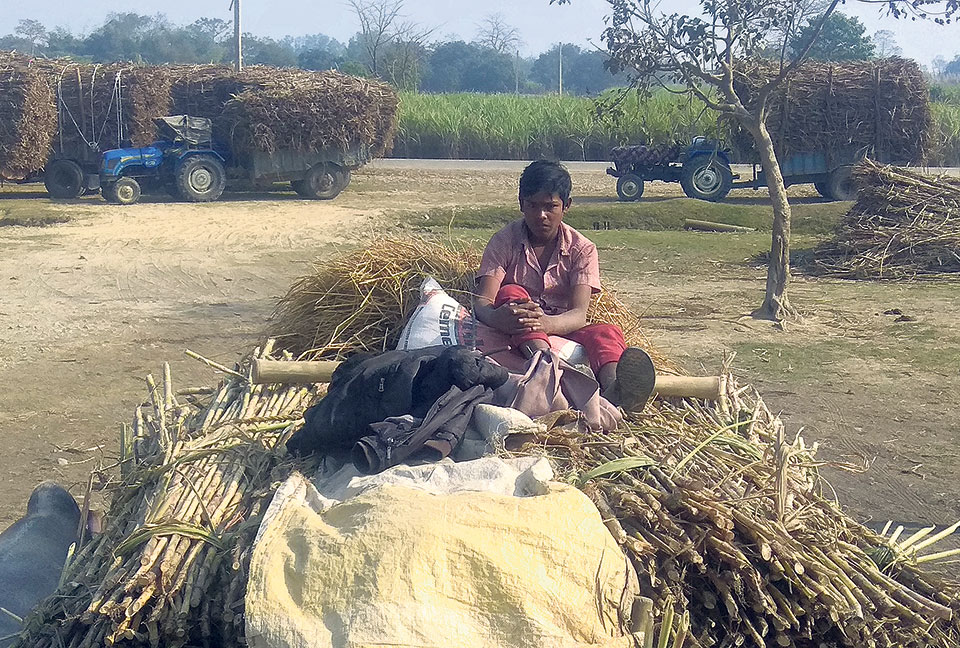 SARLAHI, Feb 4: Sugarcane farmers who were already facing troubles getting timely payment from the sugar mills are in a state of fix as they are finding it hard to receive the government subsidy as well.

Last July, the subsidy amount totaling 267.4 million – that was to be given to sugarcane farmers in Sarlahi – was sent to Financial Comptroller General Office. However from the last four and a half months, the farmers have been unable to receive the subsidy amount in lack of necessary documents, according to a statement released by the office.

To get payment from the government, the farmers are required to submit photocopy of land registration certificate, documents certifying the amount of sugarcane given to sugar mills, and the bank account number where the sugar mills are to deposit the due credit. A land lease agreement is required instead of land registration certificate if a farmer is using leased land. Likewise, a certificate from ward office is required if a farmer is using government-owned land.

Meanwhile, the Financial Comptroller General Office has asked the farmers to collect the government subsidy from respective district offices.

Speaking on the issue, the head of District Treasury Controller Office of Malangwa, Jagat Parsad Thapaliya, said: "We haven't been able to release the subsidy amount even after four and a half months as the farmers haven't been able to produce necessary documents to get the payment."

Additionally, Thapaliya said that complacency of sugar mills is often the major cause for the farmers' woes. Thapaliya said that Indu Shankar Sugar Mill located at Hariwan has sent the necessary bank information to the government and has helped farmers to some extent to get the subsidy amount. However, he added that Annapurna Sugar Mill in Paschimkaul has not yet provided the necessary documents, due to which farmers have been unable to claim subsidy payments.

Indu Shankar Sugar Mill employee Thakur Nepal said that the necessary documents have already been sent to the office. "We have already provided a copy of the contract agreement and necessary bank document of all our associated farmers," he said.

An agitated Nepal further added: "Does the office expect us to provide a copy of land registration certificate?"

Dilli Prasad Upreti, a provincial lawmaker, had an interesting opinion regarding the issue. "The farmers have not been able to get the subsidy due to inefficiency of some government officials."

When the sugarcane farmers from the Tarai plains came to Kathmandu with their legitimate demands around three weeks ago, there... Read More...