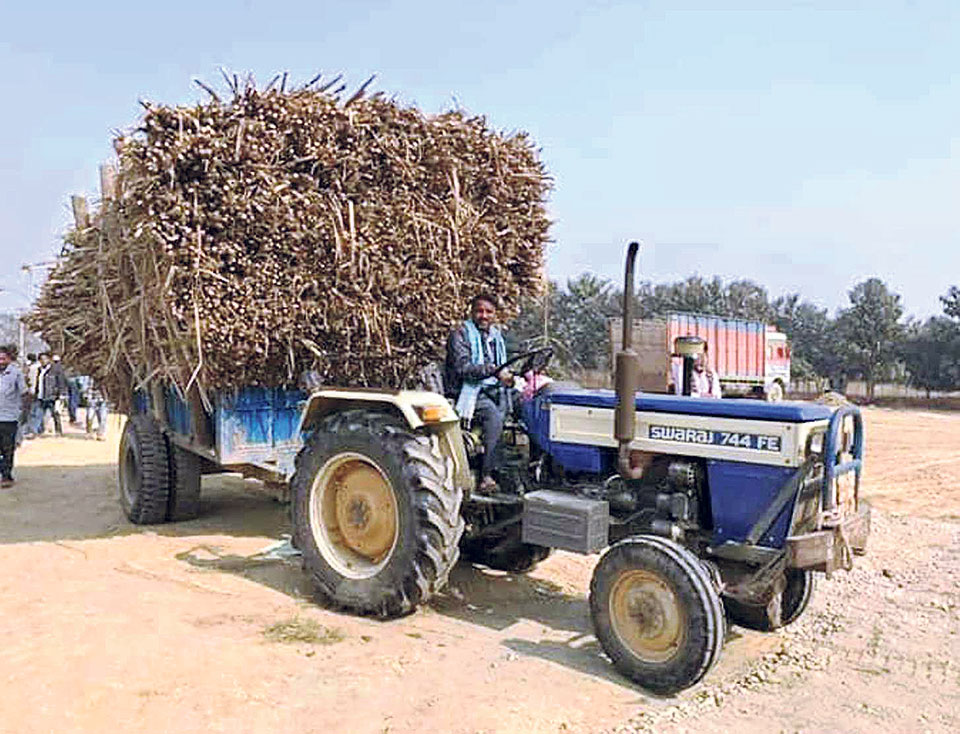 Nepal Sugar Mill Association had previously stated that the sugar mills would only come into operation if the government and concerned bodies heeded to their demands.

Negotiations between the Mill Association and Nepal Sugarcane Producers Farmers Association had paved the way for mutual agreement on sugarcane price.

Out of the 17 sugar mills in the country, only three -- Annapurna Sugar Mill, Lumbini Sugar Mill, and Eastern Sugar Mill -- are yet to come into operation according to Kapil Muni Mainali, President of Nepal Sugar Mill Association.

Under normal circumstances, the processing season for sugar would start from November. But the disagreement between the farmers and mills resulted in the two-month delay, which is a significant delay for sugar industry.

“We demanded a lower and clearly stated price for sugarcane for this season as we encountered problems relating to 'promises to pay' that were not kept in the past. Sugarcane farmers faced serious problem to get their payment last year, which made the whole sector suffer,” Mainali added.

Last year, starting operation around mid-November, the mills were nearing their peak production in January and had wrapped up their processing season by April.

SARLAHI, Nov 25: As sugar mills are demanding a revision in sugarcane price to resume operation, farmers are compelled to... Read More...