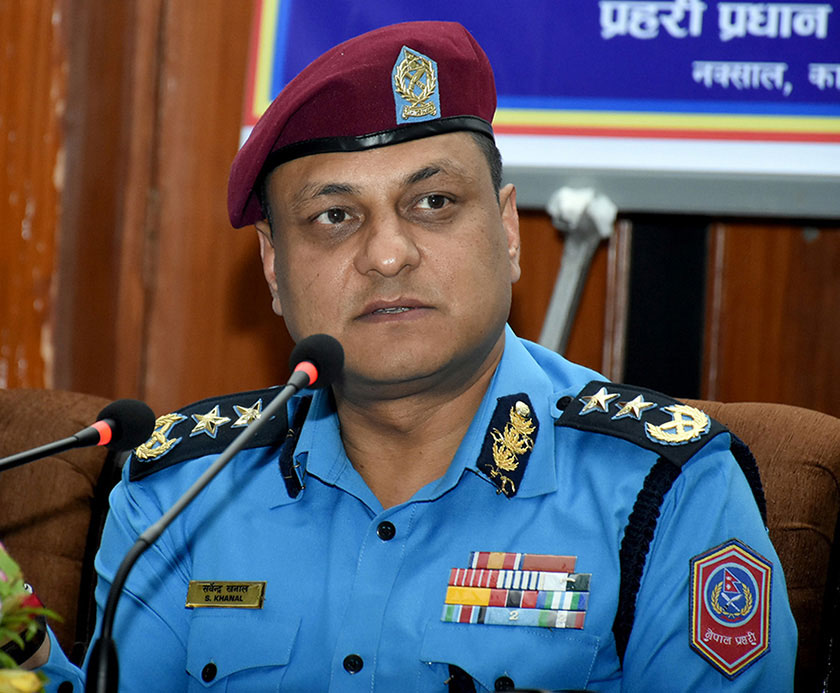 KATHMANDU, April 23: Inspector General of Police (IGP) Sarbendra Khanal on Monday said that the police have not been able to collect sufficient evidence so as to take action against Ram Bahadur Bomjan aka Buddha Boy who faces allegations of sexually harassing and disappearing some of his disciples. Khanal claimed that the investigation has also been hampered by legal restrictions on the police.

“We have not been able to collect enough evidence in order to nab Bomjan.” Speaking at a press conference organized by Nepal police at its headquarters in Naxal on Monday, IGP Khanal said, “In addition to the legal restrictions in the investigation, some of the people withdrew their complaints.”

The District Police Office (DPO), Sindhupalchowk, has been leading the investigation of the Bandegaun-based ashram of Bomjan who has been accused of sexual assault and disappearing several of his disciples.

Sancha Lal Waiba of Hetauda, Makawanpur, has gone missing from Bomjan's ashram. Following his disappearance, his son Mahendra had filed a case at the DPOs in both Makawanpur and Sindhupalchowk districts in January, accusing Bomjan of murdering his father and burying him in the ashram.

The complaint filed by Mahendra mentioned that Sanchalal was murdered in the ashram itself and his body was buried in a patch nearby. It further stated that Bomjan and his followers sprinkled 20 packets of salt on the body in an attempt to cover up the crime.

Following the complaint, a joint team of the CIB and the DPO, Sindhupalchowk raided Bomjan's ashram at Bandegaun in mid-January and sealed the place for two days.

Along with Salchalal, three other disciples are said to have gone missing from Bomjan's ashram. Three people reportedly went missing from the Bandegaun-based ashram while a fourth one is said to have disappeared from another ashram belonging to Bomjan.