Study shows your toddler may know when you are lying 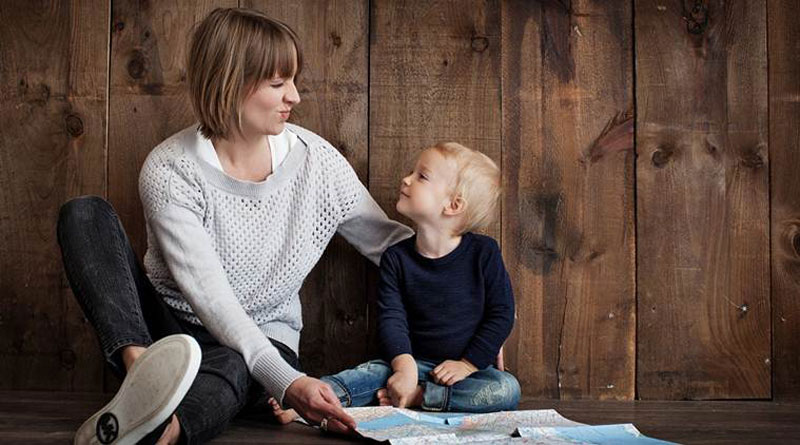 A new study has suggested that children as young as two and a half years old can understand others’ “false beliefs”. This suggests that they can also recognise when people are lying, cheating, or pretending.

Using a methodology known as the ‘false belief task’, an international team of researchers tested the abilities of more than 140 toddlers aged two and a half, to understand when other people have different thoughts from them.

False beliefs are misconceptions that result from incorrect reasoning, and the researchers suspected it may be too advanced for children to understand, or there may be too much information for them to deal with at once.

However, the findings showed that the cognitive abilities of two-and-half-year olds more advanced than previously thought.

“Our findings suggest that children may be able to spot when parents are doing this (telling lie) from as early as two and a half years old. Parents of young children and early childhood educators should be aware that children’s early cognitive abilities may be more advanced than previously thought,” said Setoh Pei Pei, Assistant Professor at Nanyang Technological University (NTU) in Singapore.

For the study, the researchers used a modified story of ‘Emma’ and her apple in which the apple was taken away to an undisclosed location. The kids were then shown two object pictures and asked additional location questions. After this, they are asked where Emma will look for her apple.

The results suggest that young children are aware that others may hold different beliefs from them, but were not able to demonstrate this understanding due to information-processing overload.

“The ability to answer questions about persons with false beliefs is present very early in development, contrary to what was traditionally thought,” said Renee Baillargeon, Professor at the University of Illinois in the US.

The study was published in the Proceedings of the National Academy of Sciences (PNAS).

“Though it is light-hearted, it is not a frivolous film,” said Ranveer, who has shown his romantic side in films like “Band Baaja Baaraat”, “Goliyon Ki Raasleela Ram-Leela”, “Lootera” and “Bajirao Mastani”.

The audience will get to see more of it in “Befikre”, which is the celebration of carefree love and a romantic relationship.

How are love stories in Hindi cinema changing and is the audience receptive towards it?

He said: “I think we have room for both — ‘Befikre’ and ‘Bajirao Mastani’. Yes, there is a generational shift when it comes to the outlook of a romantic relationship. The young generation communicates through social media more. That was not accessible during my formative years like when I was 17-18 years old.”

“Now, judging people based on their choices of romantic relationship is not cool. The young generation is open-minded. However, there is room for classic romantic love stories as well.”

“Befikre” is his first film in which he is being directed by Chopra, head honcho of Yash Raj Films.

Talking about his equation with with the filmmaker, Ranveer said: “You see the director-actor equation is more substantial and dynamic than a producer-actor. We have interacted more during the shooting of the film.”

“So, I got to know a different side of him…whether he has a wicked sense of humour or has a bindass carefree attitude. He is a private person and as an actor, I feel fortunate to know him closely.”

In the past, Ranveer has acted in Chopra-produced films, including the actor’s debut movie “Band Baaja Baaraat”.

What makes it so special to be part of any Yash Raj Films project?

“Befikre” is all set to release on December 9.