Study of agriculture and forestry in priority: PM Deuba 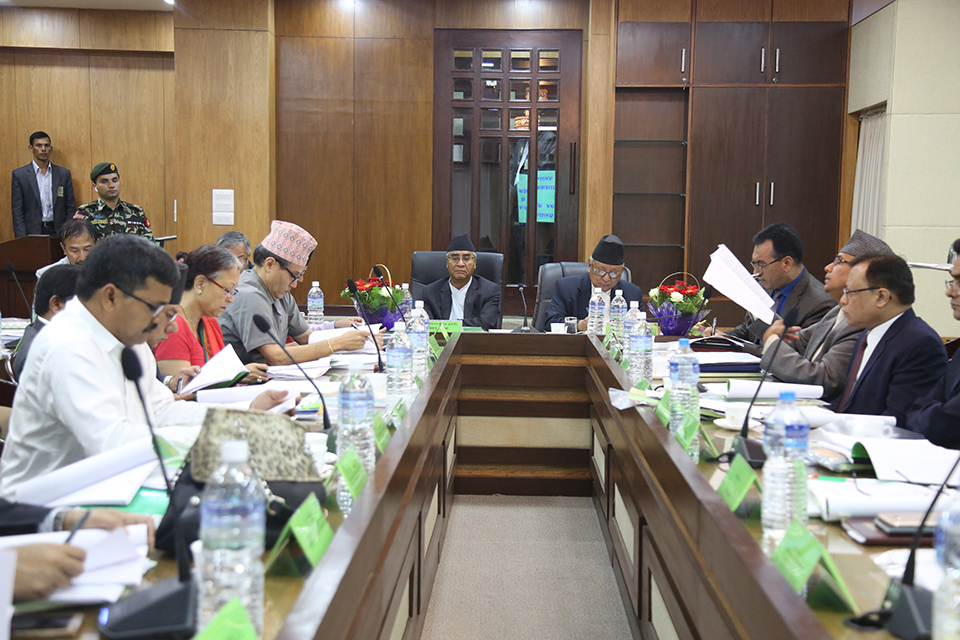 KATHMANDU, September 6: Prime Minister Sher Bahadur Deuba has said that the study, teaching, research and extension of agriculture and forestry were a matter of national necessity and priority.

Addressing the sixth Senate meeting of the Agriculture and Forestry University (AFU)  on Wednesday, Prime Minister Deuba, who is also the Chancellor of the university, insisted that setting up and running a constituent college and agriculture science centre of the university would be a significant step for its development and expansion.

Committing the government's full support in the university's this mission, PM Deuba directed the bodies concerned to immediately implement the decisions regarding the handover of properties, adjustment of human resources and management of academic programmes between the Tribhuvan University and the AFU, made by the Council of Ministers before this, for the resolution of problems seen in this connection.

The AFU was established on June 17, 2010 with the objective of producing the highest standard of technical human resources within the country by conducting the study, teaching and research in the agriculture, forestry, animal science and science areas in an integrated manner. The objective is also to raise the social and economic condition of the rural communities through modernization of agriculture.

The university runs three faculties including agriculture, animal science and forestry. There are altogether 1,883 students in all the faculties. Of them, 1,471 are studying Bachelors level, 367 in Masters level and 45 in PhD level.

Deputy Prime Minister and Minister for Education Gopal Man Shrestha, who is the pro-chancellor of the AFU, said the AFU has made an important contribution to the development and promotion of agriculture in the country.

He called for making the teaching-learning and research activities of the university in a more effective manner.

AFU vice-chancellor Prof Dr Ishwari Prasad Dhakal shed light on the works carried out by the university, stating that the process for resolving the problem seen in the transfer of properties from the Tribhuvan University to AFU has already been moved forward.
Vice-chancellor Dhakal also on the occasion apprised the Senate about the university's future plans.

A special meeting of the University Senate had on April 18 decided to set up seven constituent colleges and one agriculture science centre for achieving the university's goals.

Accordingly, the meeting had decided to set up and operate one constituent college of natural resources management each in Khajura of Banke, Tikapur of Kailali and Dullu of Dailekh, as well as operate an agriculture science center at Khaniyabas of Dhading.

The university senate meeting passed a budget and programme of Rs 1.567 billion for fiscal year 2017/18. It also passed a proposal on making the fourth amendment to the university's Economic Administration Regulations, 2069.

The senate meeting has stated that its attention has been drawn to the government's policy of gradually establishing constituent colleges in all the seven provinces of the country. RSS

Child goes missing in a drain in Kathmandu. Who is responsible?
5 hours ago
Nepal recorded a BoP deficit of Rs 38.75 billion during mid-July and mid-August
10 hours ago

Is the delta variant of the coronavirus worse for kids?
9 hours ago

Nepal feels like home to me: Afridi
4 hours ago

Nepal feels like home to me: Afridi
4 hours ago

Grants for unemployed women
4 hours ago