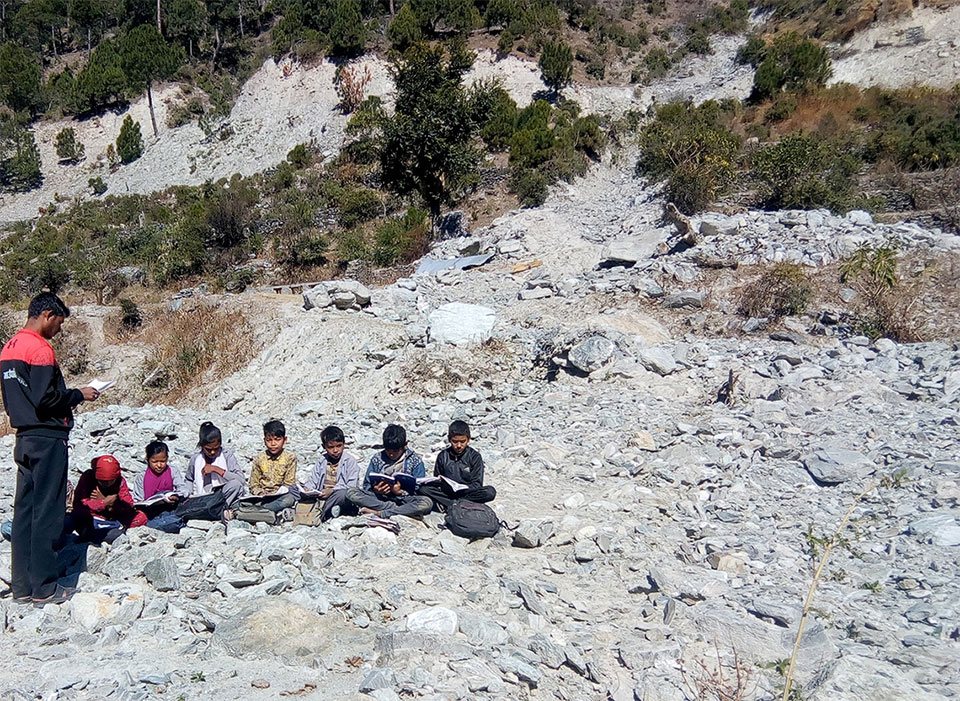 BAJHANG, Nov 23: The students of Bishwanath Primary School, Basti have been forced to study in the open sky after their school building was swept away by landslides.

They have been studying in such a stark condition since their school was buried by landslides that came off along with the road on the night of August 17.

"Neither we have school building nor space; we are not allowed to use field and courtyard of other people," fourth grader Ritu Rokaya muttered in despair, adding, "We are worried when a stone would come down and strike us to dead."

The students say they have to rush to dodge the stone coming down as soon as their teachers tell them to do so.

Four months on, but there is no sign of new buildings. 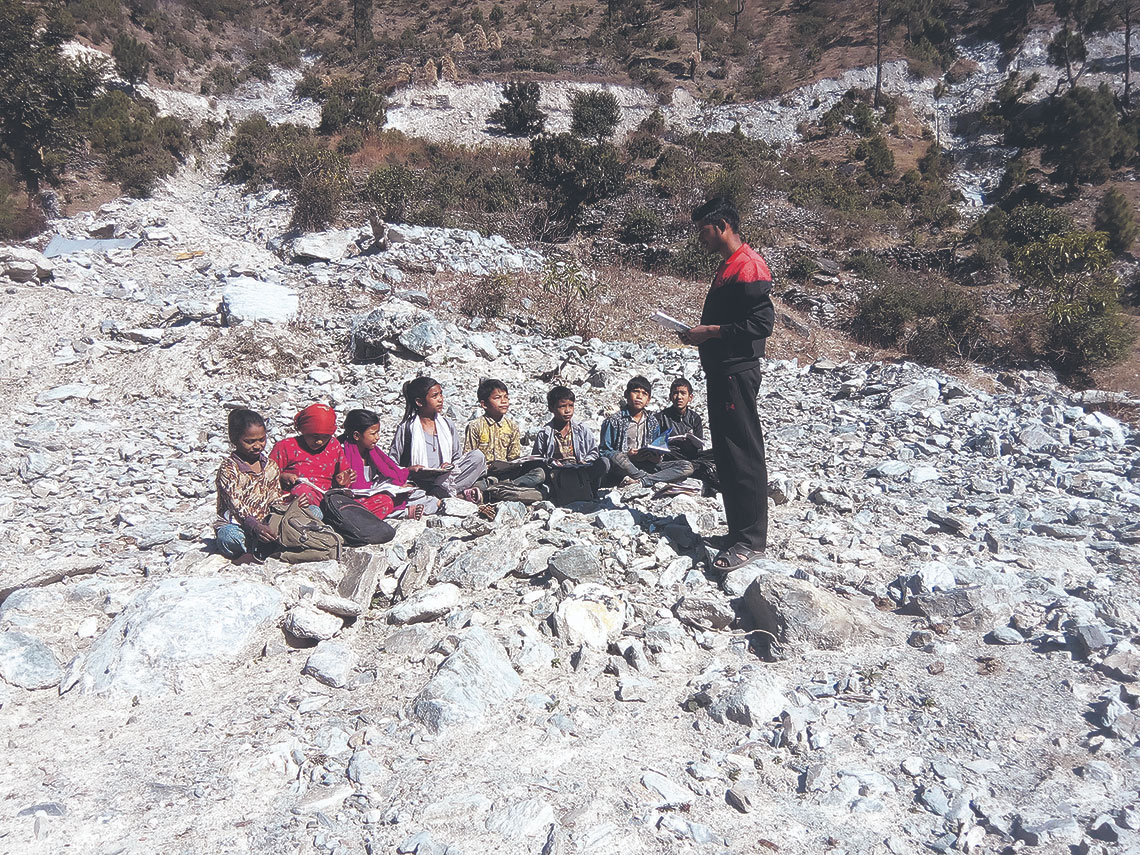 "We had to study under plastics and umbrella during the Nepali months of Bhadra and Kartik in hopes of getting a new building in winter but there are no signs of it so far," said Rajana Rokaya, another student.

With the lack of school building the number of dropouts is increasing. Now there are only 84 students. As many as 33 students have already left the school.

"A signature campaign is underway to demand a new school building with both the Central and Provincial governments," said Yagya Raj Rokaya, chairman of School Management Committee.

BAJHANG, Feb 8: For Bajhang, toilets are a recently introduced novelty. Within some years they have become ubiquitous. However, male and... Read More...