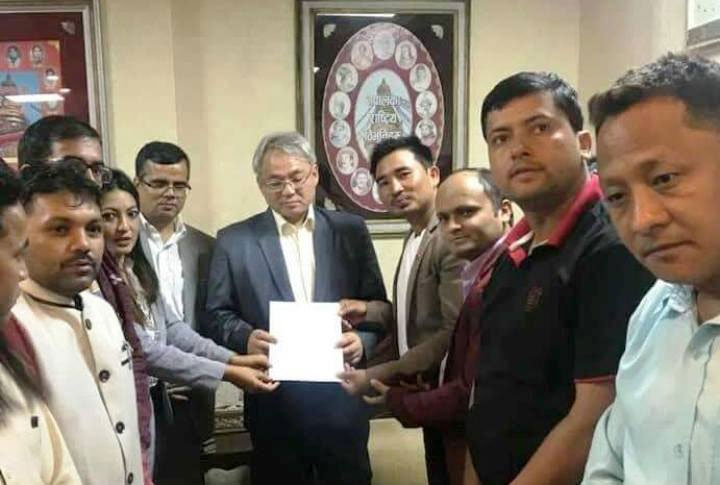 KATHMANDU, Oct 4: Leaders of student wings of the ruling Nepal Communist Party have demanded with the government to immediately dismiss Inspector General of the Police Sarbendra Khanal.

All Nepal National Free Student Union (ANNFSU) and All Nepal National Independent Union (Revolutionary) (ANNISU-R) on Thursday urged the government to sack IGP Khanal on the ground that he failed to nab the culprit involved in the Nirmla rape and murder incident even after two months.

Submitting a memorandum to Home Minister Ram Bahadur Thapa at the Ministry of Home Affairs today, student leaders including lawmaker and chairman of ANNFSU, student wing of NCP Nabina Lama, chairman of ANNISU Ranjit Tamang demanded to take action against IGP Khanal for his failure to maintain peace and security.

In the memorandum, the students have also demanded that the government bring all those involved in the rape and murder of Nirmala to justice and make public the report of the investigation committee.

Responding to the students demand, Home Minister Thapa said the government is worried about not being able to arrest the culprit behind the Nirmala case and expressed commitment to bring him/her to justice at the earliest.

Meanwhile, they have also demanded with the government to withdraw hiked transport fare, control balk-marketeering, inflation and anomalies.