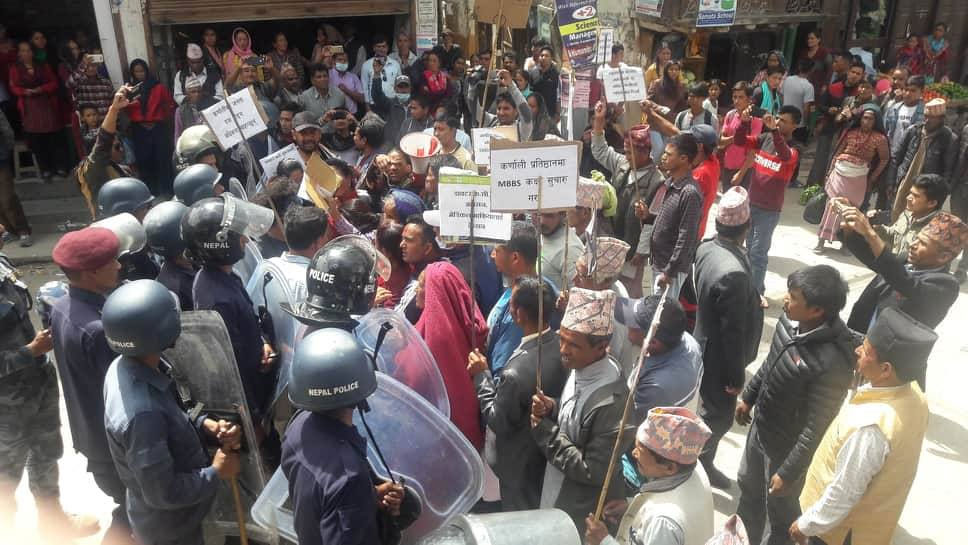 A rally taken out by Joint Struggle Committee demanding safely for Dr KC’s life at Khalanga, district headquarters of Jumla, on Monday. (Republica)

Dr KC has been staging a hunger strike at Intensive Care Unit of Karnali Academy of Health Sciences in Jumla demanding reforms in the medical sector since the last 17 days.  The committee called for a talks team to address KC’s issues arguing that KC’s demands are citizens’ health friendly.

Sending a memorandum to the Prime Minister KP Sharma Oli, the Committee has lashed out at the government for its apathy toward resolving KC’s demands.

“Dr KC’s health condition is critical. Anything may happen to him at any time,” said the Committee in the memorandum, adding, “The government should immediately form a government to address the demands raised by KC.”

“MBBS programs should be launched and the Medical Education Bill should be passed in a letter and spirit. Health service should be effective and citizens friendly,” reads the memorandum.

Sending the memorandum to  Prime Minister through Chief District Officer Bishnu Paudel, Raj Bahadur Mahat, coordinator of the JSC said that the government should be blamed if anything happens to KC’s life.

Meanwhile, he accused the government of trying to intentionally take Dr KC’s life. “Saving Dr KC’s life is our first demand while the formation of a talks team is the second,” said Mahat, warning of a stringent protest ahead if KC died.

The JSC has also staged a rally shouting slogans, 'Save Dr KC', 'Address Demands through the Formation of Talks Team.'

“KC’s health is critical and deteriorating further. He has developed infection in his neck and lacking required quantity of Magnesium,” said Dr Pujan Rokaya. Dr KC has denied undergoing blood test and has refused to take medicine.