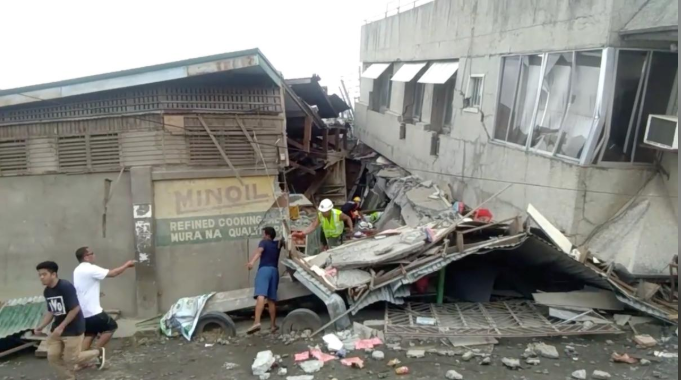 DEC 15: A powerful earthquake struck near the Philippines city of Davao on Sunday, the U.S. Geological Survey said, the latest tremor to strike the southern part of the country in recent months, but there was no threat of a tsunami.

The magnitude 6.8 quake was centered 61 km (38 miles) southwest of Davao on the island of Mindanao, at a depth of 28.2 km, the USGS said, revising down the magnitude from an earlier 6.9.

The Pacific Tsunami Warning Center said there was no tsunami threat from the quake, based on available data.

There were no immediate reports of damage, but quakes of such magnitude can damage buildings.

The same region was shaken by three quakes in October and one in November, one which killed at least five people.

Video footage posted on Twitter by users to portray the impact of the quake showed overhead electrical wires swaying and erupting in a shower of sparks. Another video showed water sloshing out of a residential swimming pool. Reuters could not immediately verify the videos.

The Philippines sits on the geologically active Pacific “Ring of Fire” and experiences frequent tremors.