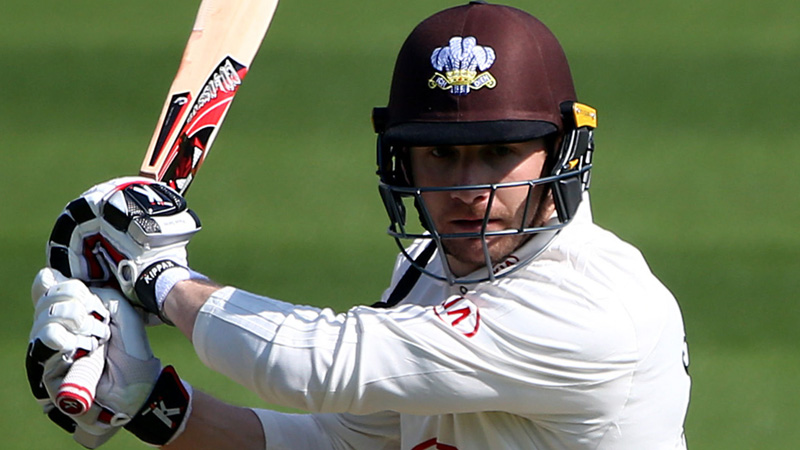 LONDON, August 16: Opening batsman Mark Stoneman has been selected to make his debut for England in their first day-night test match against the West Indies, starting at Edgbaston on Thursday.

The Surrey left-hander, who will become Alastair Cook's 15th opening partner for England, was named in the side on Wednesday, the first of the three-test series, in place of the struggling Keaton Jennings.

It is the only change to the side that wrapped up a 3-1 series win over South Africa in the fourth and final Test as England still seek to find a regular partner for former captain Cook before the Ashes series against Australia this winter.

Seamer Chris Woakes and spinner Mason Crane miss out on a place in the starting XI from the original 13-man squad.

Captain Joe Root welcomed the inclusion of Stoneman, an experienced 30-year-old with 19 first-class hundreds to his name, telling Sky Sports: "He's obviously got a huge amount of runs under his belt this season and in previous seasons as well.

"He's got a very well-rounded game and he's a bit more experienced having played a lot of county cricket.

"I'm excited to see him and I'd like to think he'll get a very good opportunity and some good game time with England. This is a great opportunity for him to go out and prove how good he is."