Stokes and Hales in England one-day squad for Australia 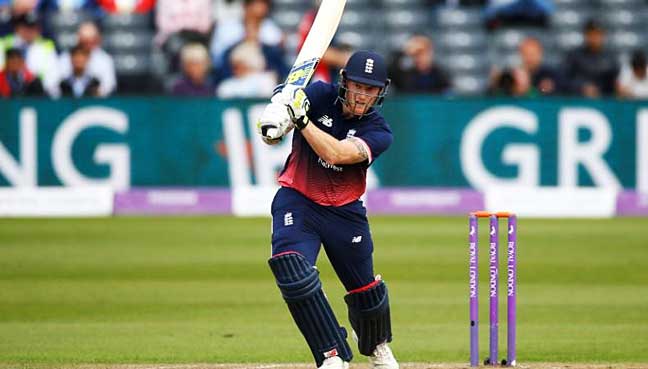 LONDON, Dec 7: Ben Stokes has been included in England’s one-day squad for the five-match series in Australia despite being under suspension.

Stokes is currently unable to play for his country pending a decision on whether to charge him in connection with an altercation outside a Bristol nightclub in September.

But he has been named in the 16-man squad for the ODI series starting next month after selectors were given “clear guidance to name their strongest squad”.

He is joined by Alex Hales, who was also suspended after the Bristol incident but has since been told he can play for England after police confirmed he would not face criminal charges.

Both players could yet face disciplinary action by the England and Wales Cricket Board.

But with Stokes’ situation still not determined, he may not feature in the five-match one-day series, let alone the current Ashes series.

The England all-rounder is currently in New Zealand, where he is playing for Canterbury after being granted dispensation by the ECB.

With no decision yet made on whether to prosecute him, his chances of featuring in the Ashes, which has three tests remaining, are diminishing.

“Should the ECB Board receive formal confirmation that Ben Stokes has either been charged or that he will face no charges, they would convene within 48 hours to make a decision on his availability for the team at that stage,” the ECB said.

Also in the one-day squad are Kent batsman Sam Billings and Yorkshire’s David Willey, who is selected ahead of Essex’s Ravi Bopara.

The first one-day international is in Melbourne on Jan. 14.

ADELAIDE, October 03: An Ashes series shorn of Ben Stokes would be a great shame for cricket but England are... Read More...