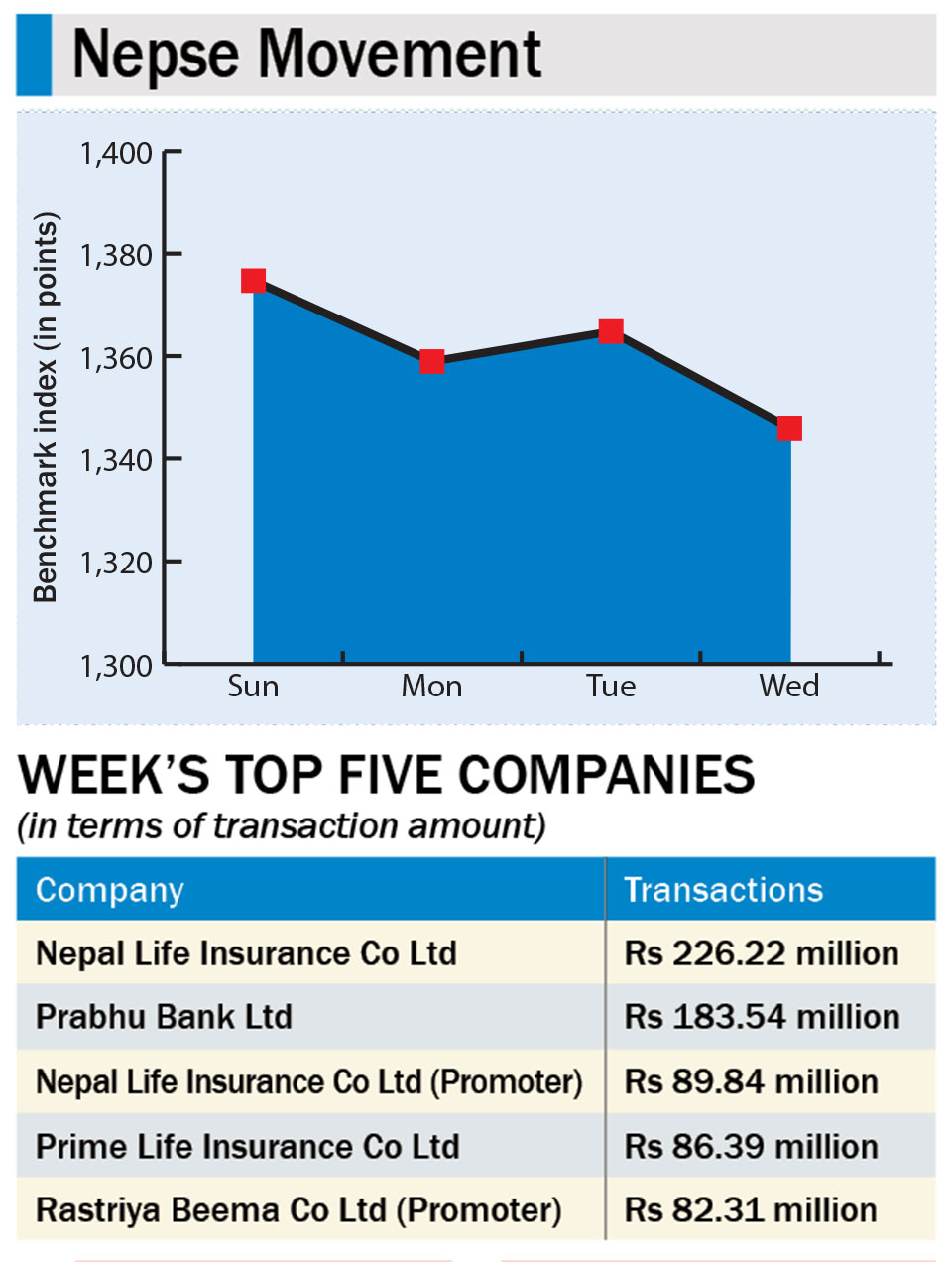 The stocks rout comes in the wake of the appointment of former Nepal Rastra Bank (NRB) governor Yuba Raj Khatiwada as the new finance minister in the K P Oli-led government.

Though the newly appointed finance minister Khatiwada has not publicly made any comment about his approach toward the stock market, there are worries among investors that he might try to curb the speculative rise of stocks.

Prior to his appointment as the finance minister, he had expressed his disappointment about the rapid rise of stocks, particularly after the decision of NRB to raise the minimum paid-up capital by multiple times.

As governor of NRB, he had taken steps to prod BFIs to channelize their resources toward priority sectors instead of unproductive sectors like real estate and stock market which only increases asset price.

"While there is a kind of fear among the investors that the new finance minister will pursue more restrictive approach toward stock market, there is not any sign of correction on interest rates of bank and financial institutions," said a broker. "These two factors have been sending stocks downward," he added.

A total of 4.53 million units of shares of 174 companies worth Rs 1.96 billion were traded in the market this week through 18,075 transactions. The turnover is 15.04 percent higher than the last week.

Nepal Life Insurance Company Ltd topped the list of companies in terms of turnover (Rs 226.2 million) and number of transactions (1,826) while Prabhu Bank Ltd remained at the top in terms of number of traded shares (812,000 units). 550,000 units of shares of Unnati Microfinance Bittiya Sanstha Ltd were listed in Nepse this week for trading.