Sticking to his own style

If you stumble upon artist Ashim Shakya’s recent works, we wouldn’t blame you if you thought it was a film poster for a dark dystopian movie, perhaps the prequel to Apocalypse Now. Shakya specializes in graphic illustrations he categorizes as surreal but based on reality. And what’s more, Shakya is also a musician.

Shakya grew up in Kathmandu and loved sketching since his childhood days. He was also an avid science enthusiast and he liked experimenting with different things, especially pulling apart a gadget or machinery and putting it back together. “But there was only so much I could do with science as there was no computer or internet at the time. But to cater to my need of experimenting, I got involved in art,” he explains.

As Shakya grew up, for the most part, he was unsure of what he wanted to do in life. He worked in the hotel industry, advertising and, then, as a computer teacher. In all these jobs, he felt the lack of freedom and felt that his true calling was elsewhere and that he was yet to find it. However, while working as a computer teacher, he was introduced to the vast world of graphic designing and, since then, his expression of creativity has shifted from pen and paper to the digital space.

Since Shakya was always interested in arts, he joined a school for fine arts but this he claims proved to be more confusing than rewarding. He felt trapped beneath what he claims to be the “photocopy” teaching methods at his school, where students were given little personal freedom to fuel their creativity. And thus, he dropped out, still not sure of what he wanted to do in life. “I felt like I was in the right profession but I didn’t feel driven and passionate. I wouldn’t feel that way for a few years,” he says.

It was only after six or seven years that Shakya finally found his true calling. He cites his wife to be his inspiration and muse and says that because of her support he was able to focus more on art. “After that, there was no stopping me. I would be indoors for days, even weeks, completely involved in my work and all this brought me immense joy,” he adds.

Shakya’s works have evolved over time. When he first started out, he made illustrations more on social themes and political satires but nowadays he believes in bringing out the emotions within himself and expressing them through his art, rather than critiquing or commenting on something that’s happening around him. Moreover, his illustrations have a dark tone to them. “I use about nine to 10 colors when I illustrate,” he explains.

Shakya’s artwork is not bound to one dimension either. He has mastered the art of designing 3D models and all his illustrations are extremely detailed and elegantly portrayed, playing with Nepal’s cultural themes as well as touching the realms of surrealism. Anyone who follows his works on Facebook, Sketchfab or Instagram (@stupa.x) can attest to the fact that he is one artist completely devoted to his craft.

One of his artworks titled the “Hymned Passage of Eternity” is an ode to his love for music. As per Shakya’s vision, the art piece shows a sarangi portrayed as a deity, further amplified by the glowing hands stretched out from the sarangi. And at a closer look, one can see a white light coming out from the figure and into which people are entering. “The white light is a form of nirvana, one that can be achieved via music,” he explains.

Similarly, all his other artworks too are embedded with such powerful symbolisms as well as his own personal view of things around the world. “When I was learning as a student, my peers preferred drawing cars or buildings but I was always drawn to the beauty of our culture and tradition. And it fills me with joy when I receive appreciation and get support for taking inspiration through my own heritage and history,” he says.

Like many other artists, to Shakya, art feels meditative. “If I don’t make something for a week or so, my mood and emotions shift,” he says adding that once he is back to doing what he does best and receives positive feedback from people who follow his work, his energy shoots up and he feels motivated to do even better. Shakya has had an exhibition in Germany in 2017 and hopes to be able to showcase his work in Nepal as well.

As of now, Shakya is busy delving into his deeper self for ideas and inspiration, all the while taking commissioned works for selective clients. Shakya emphasizes the need for an artist to keep in touch with their inner child, for that is where all the creativity comes from. “It is also important to be aware of and have pride in your culture and heritage, as they give you an exclusive individuality, unmatched with any other person in this world,” he concludes. 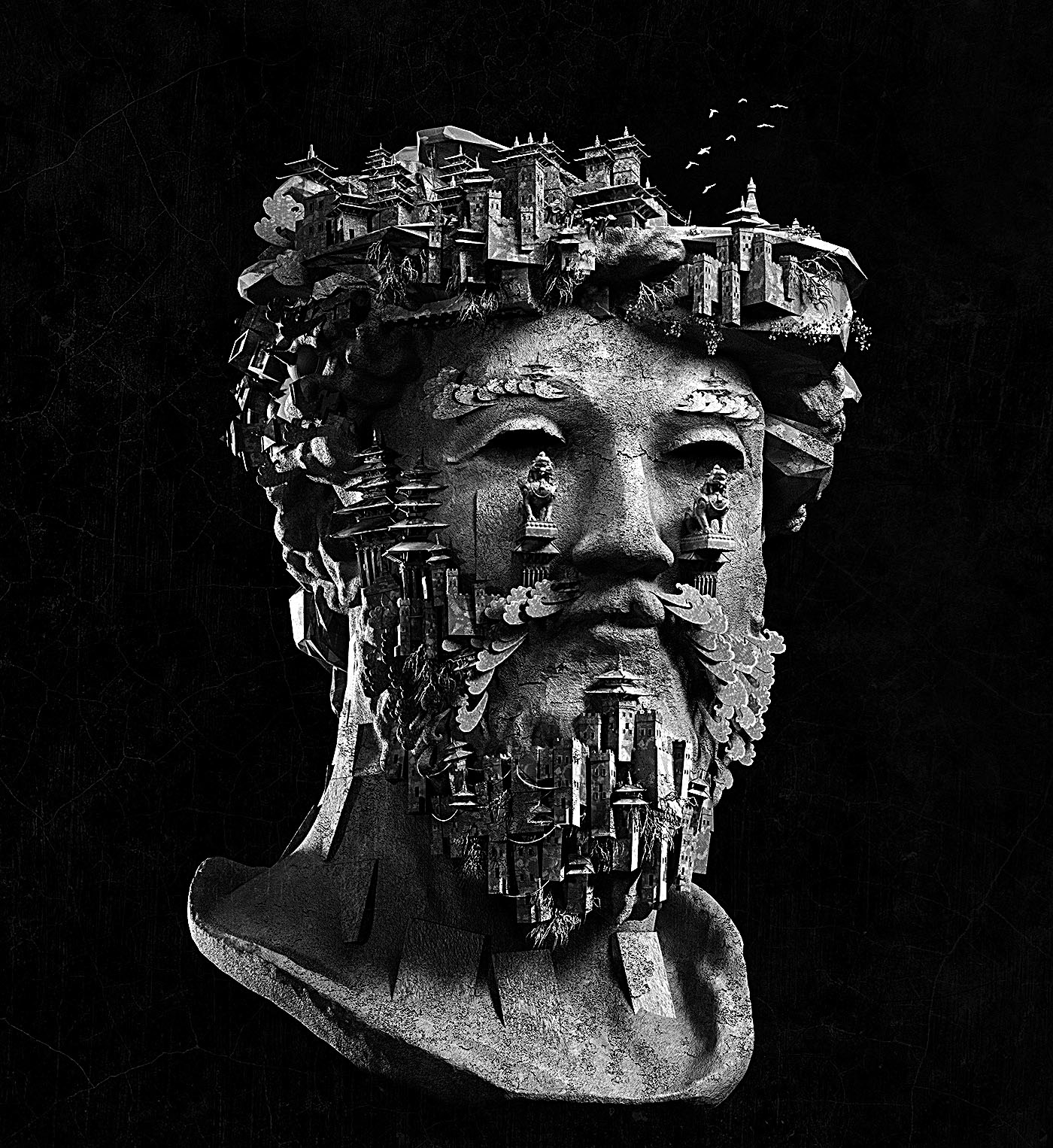 Décor ideas to spruce up your space

Most of us are guilty of decorating our homes when we first move in and then doing nothing to it... Read More...

‘Khabar Hareyeko Chitthi’ is a theatric representation of the hardship, and struggle the families of missing people are still facing... Read More...

In this gloomy season with frequent rainfall, not many people are enthusiastic and they care less to try out different... Read More...