Step off that scale 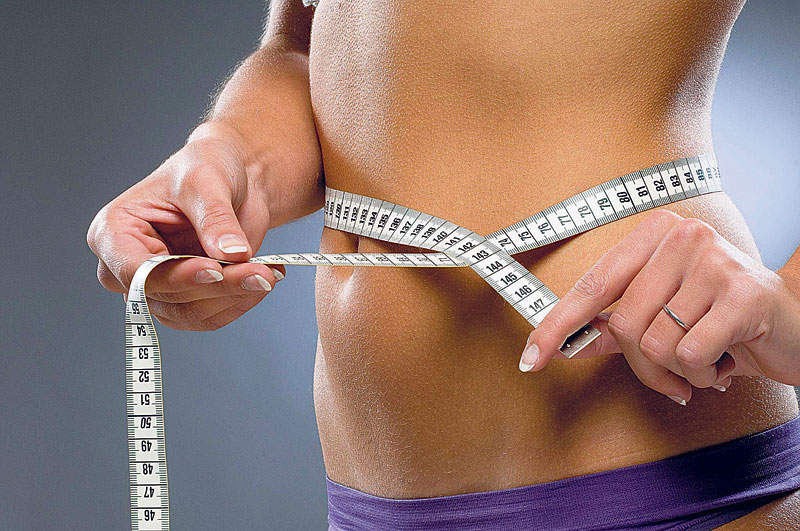 Do yourself a favor and stop weighing yourself every single day

I was wondering how much you weigh, said a relative to my mother who promptly replied that she didn’t know because she hadn’t weighed herself in over a year. She told her that the only time she probably took her weight was when the nurse asked her to step on the weighing scale before her annual checkup at the hospital.

With the obvious exception of sportsmen, I think most people could benefit from staying off the scale. The scale has great potential to wreck havoc on how you feel about yourself. Think about it. I’m sure all of you, at one point or another, has come out of a workout class feeling great about yourself, only to have the weighing scale snatch it away from you when it refused to budge.

There was a time when I weighed myself every single day, sometimes even twice a day. If and when the scale showed more than I expected, or didn’t give me a lower value than the last time I weighed myself (which would be less than 24 hours ago), I would mull over it so much that I would then have to go and eat something calorie heavy to cheer myself up.

But thanks to my fitness instructor, I realized what I was doing was stupid and that I was putting myself under a lot of stress unnecessarily. I realized I shouldn’t care about a number that didn’t accurately reflect what was actually going on with my body. So I stopped weighing myself every single day and started doing it once a week like my instructor advised me to and rid myself of all the anxiety that comes with weighing yourself daily.

The scale is a poor indicator of your fitness level and weight loss. Did you know that your weight varies throughout the day? Due to body fluid fluctuations, your weight will be different at different times of the day. You might be retaining water or might not have gone to the bathroom and these will affect the number on the scale. When this happens most of us are likely to freak out and give up on our fitness goals.

To avoid this, you should weigh yourself once a week and at the same time, on the same day of the week, wearing similar clothing, and most importantly, it’s best to step on the same scale each time you do so. That way even if the scales are not perfectly calibrated you will get a more accurate indication of what’s actually happening with your weight.

Also, the best time to weigh yourself is first thing in the morning before eating or drinking anything, wearing as little clothing as possible. This way every bit of eating, drinking, sweating and what you do (or don’t do) in the bathroom over the course of the day won’t be able to throw things out of control and you’re more likely to get a better sense of how much you actually weigh.

I know a lot of people who weigh themselves every day thinking that is the most effective way to not stray off the weight loss path and reinforcing positive behavior. However, while they might feel stepping on the scale is something that will keep them on track, it’s not the most effective indicator of your weight loss journey because ‘weight’ is more than just fat or muscle.

There would be no downside to weighing yourself every day if the weight you lose and gain was guaranteed to always be either fat or muscle. However, this isn’t always the case. Weight also fluctuates because of hormones and how much water you’re holding on to, and it’s such an individual thing, influenced by when you work out and other factors. Your body weight can, and very often, does change as a result of a loss or gain in muscle, fat, water, glycogen, food intake and bodily functions. That means daily fluctuations in body weight (plus extra monthly fluctuations for women) are extremely common and normal.

My instructor has advised me to take photos of myself instead. She also told me to take body measurements and check how my clothes fit. I have found that this works wonders because when you see yourself not bursting out of your favorite pair of jeans, then you know for sure that you haven’t gained any fat. Likewise for someone who is tracking fat loss, they know they are losing fat if their pants fit looser.

How much you weigh is important but it’s not the most important thing either. Performance and appearance count for as much, though you can’t measure it as easily as you can take your weight. I know how it feels when you step on the scale every day and the numbers start to dictate how you feel about yourself. And it’s hardly ever a good feeling.

Focus, instead, on how energetic your feel and how your clothes fit and that way you are more likely to have a healthy relationship with the scale and not alternately love and curse it at different days throughout the week. Losing weight is hard work.  It involves working out and exercising a lot of restraint that you don’t need to make it harder by stepping on the scale every day and letting it mess your mind.

Parties step up electioneering in Dhangadhi

Liverpool routs Everton 4-0 but striker Origi is carried off

LIVERPOOL, England, April 21: Liverpool striker Divock Origi scored before being carried off on a stretcher as Everton was overwhelmed... Read More...