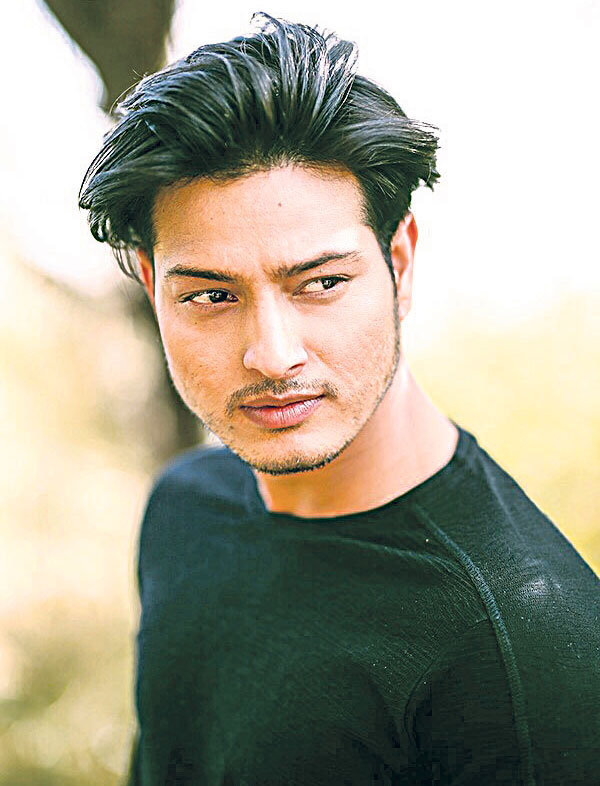 Pushpa Khadka, who ventured into the Nepali entertainment industry as a dancer, was first noticed for his stellar performance in ‘Dharpanchaya 2’. Now that his second release ‘Mangalam’ has hit the theaters, he feels he has finally arrived.

With over four-dozen music videos, numerous commercials with renowned actors and photo shoots with famous photographers under his belt, Khadka is steadily working his way up. With The Week’s Ashma Chhetri, he recently got talking about how everything feels surreal and how he is prepared to risk it all to make a permanent place for himself in the entertainment business.

How did you foray into acting?
During my school days, I was very fascinated by the four-letter word ‘Hero’. You could say I always wanted to be one. But I had no clue how to get into acting or if I could ever act for that matter. And to be honest, I never gave it any serious thought. As I grew up, I really took to dancing and loved every aspect of it. As I pursued it seriously and worked on becoming a professional dancer, I had the opportunity to meet director Anup Baral. It was him who noticed I had the potential to become an actor. I underwent acting training sessions with him and finally got a chance to make my debut as a movie actor in a supporting role after doing many commercials and being featured in music videos.

From a supporting role to a lead character, how does it feel?
When I was first given the role of a supporting actor, every day I convinced myself not to worry because the main motive then was just to get experience and understand how the industry worked. I used to practice for hours to give one perfect shot. Fortunately, my performance was highly appreciated and that got me a contract for a second movie for which I was offered the main role. The responsibility was huge but since it was something I wanted and was prepared to work hard for, even the challenges were fun. I would say it is my biggest achievement so far. To be able to come this far has been a dream come true, and I intend to keep working to perfect my acting skills to establish myself as a sought after actor in the Nepali film industry.

Who would you say inspires you?
Honestly, at the risk of sounding a bit self-obsessed, I would have to say that I’m my own role model. I say so because I have encouraged myself to work hard for what I want and do good in everything I chose to pursue. I followed my heart and struggled on my own. There were many hurdles but I never thought of giving up. Instead, I kept pushing myself to go the extra mile to get to where I am today. Having said that, there were many people who guided and helped me along the way. But, ultimately, I think everything fell on me. I had to work hard and carve a path for myself.

What is important for you in a script?
There are three major factors that I look for before accepting any film offer. The first one is the character’s demand. As an actor, I definitely want to try different roles even though I usually prefer portraying romantic characters. Then, the second thing I look for is a good storyline. The story has to be good in order to pull the crowd to the theaters. Good acting can only do so much if you don’t have a strong storyline to support you. Lastly, I also find out who the crew members are because I need a good environment to perform well. I think every actor does. If you don’t get along with the team then it can become hard to work properly and give your best. A movie is, after all, a team effort.

Other than acting, what else do you like to do?
I love watching movies and reading books. From a tragic love story to action or comedy, I enjoy all types of movies and if I have to list my favorite movies, the list would be pretty long. But when it comes to reading books, I like stories that are exciting and can keep me captivated. My current favorite is Summer Love by author Subin Bhattarai. The book is light and fun. You can read it in spurts which works perfectly given my schedule. Also it’s written in a simple language and you can really get lost in the story.

What’s next on your agenda?
Now that Mangalam has become a hit, I must confess that I feel a little pressured. The movie has made more people notice my acting abilities and I realize I now have to work harder to meet their expectations. I’m currently working on honing my acting skills to perform better in my next movie. I’m also looking forward to doing roles that will leave a lasting impact on my audience.

LOS ANGELES, August 27: Singer Miley Cyrus has recruited an 85-year-old drag queen to perform with her at the MTV Video... Read More...

KATHMANDU, Jan 6: Nine opposition parties including CPN-UML, which are up in arms against the constitution amendment bill, have staged... Read More...

GORKHA, June 9: A school in the district has been closed after four girl students showed strange behaviors on Thursday.  ... Read More...