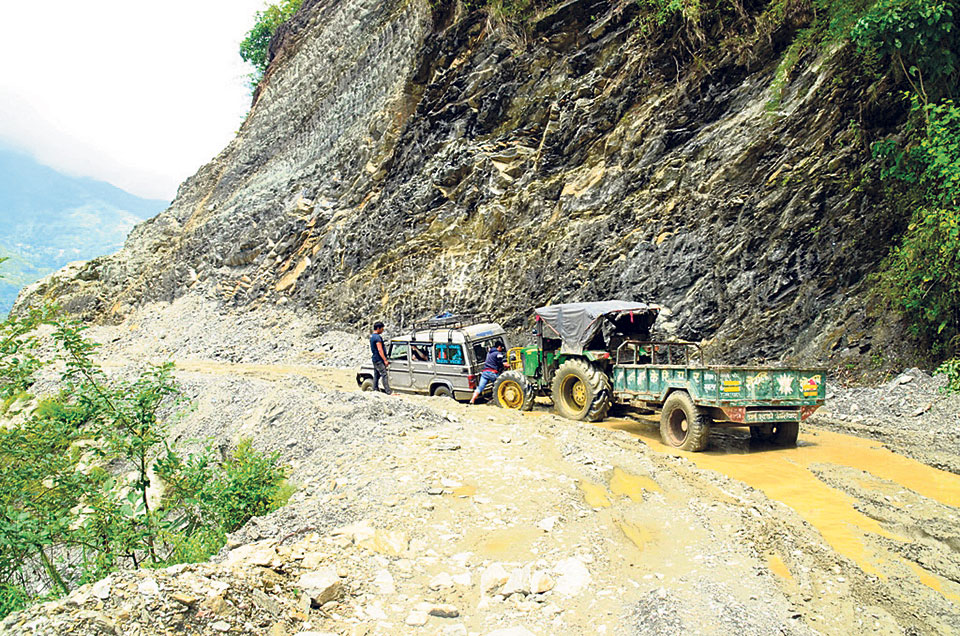 KATHMANDU, July 14: Major highways across the country have been affected due to landslides triggered by incessant rainfall in the past two days.

We have taken updates from Nepal Police on the current status of major highways:

Mahendra Highway: One-way traffic movement along this highway resumed at 10:30 am today morning after the construction of a diversion over Jhapsi River in Mahottari district. Earlier, the road section was obstructed due to the landslides triggered by incessant rains damaged the bridge.

B.P Highway: One-way traffic movement is operating along B.P Highway due to landslides occurred at Galanjor and Sunkoshi rural municipalities of Sindhuli district.

Kathmandu-Kulekhani Road:  The highway has been obstructed due to landslides at various places including Fankhel area.

Siddhartha Highway: One-way traffic movement has resumed along Siddhartha Highway since 10:30 am today. The highway was blocked for a while at around 5:00 am today due to landslides at Siddhababa area in Palpa district.

Midd-hill Highway: The highway has been blocked due to landslides along the Khurkot-Udayapur road section.