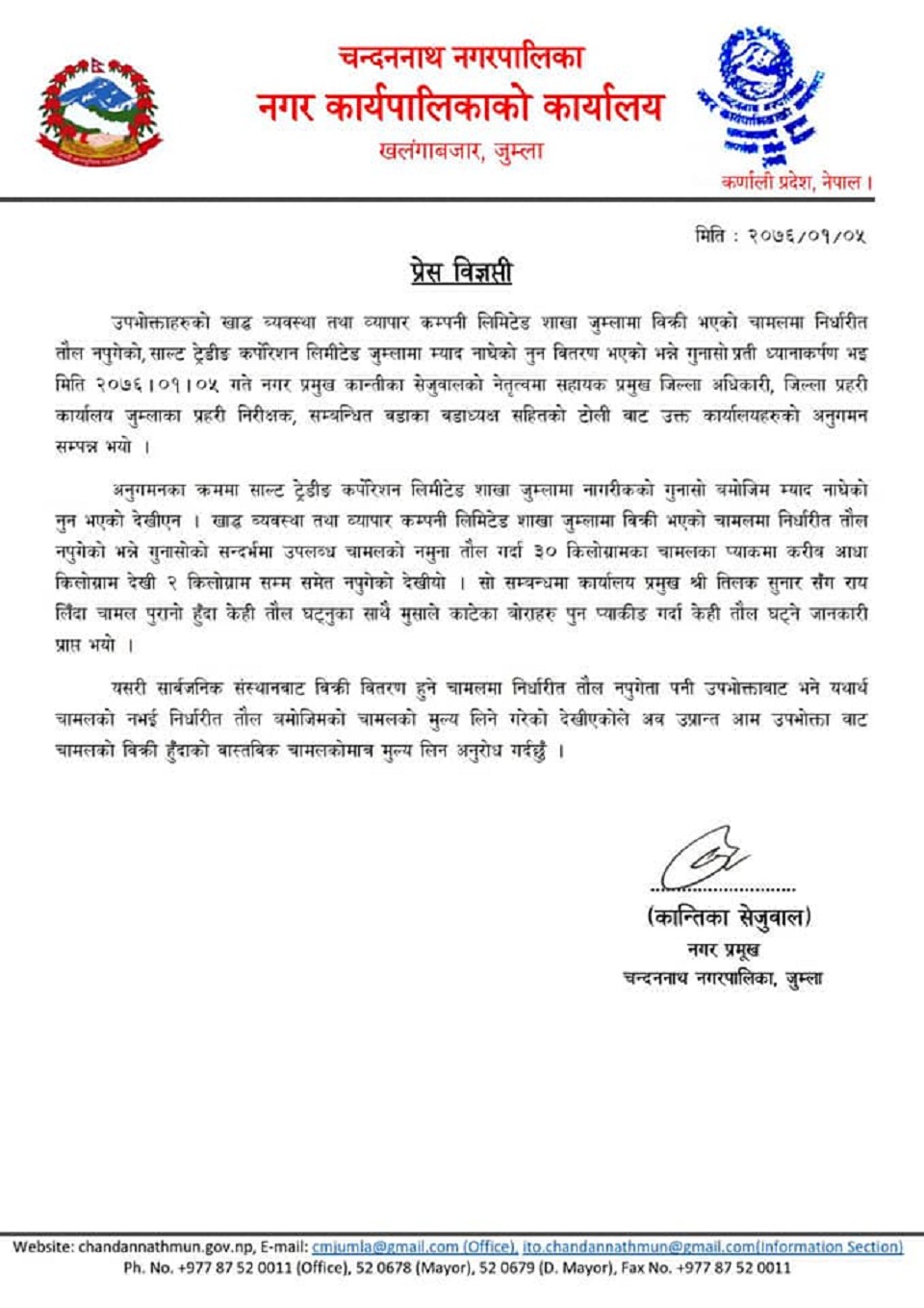 JUMLA, April 18: At a time when supply of food has been affected due to the nationwide lockdown, the state-owned Food Management and Trading Company Limited (FMTCL) is found to have been selling underweight rice in Jumla.

A sack of rice should weigh 30 kilos, according to local traders. During a market monitoring conducted by the mayor of Chandan Nath municipality, Kantika Sejuwal, it was revealed that the FMTCL, Jumla was found selling sacks with 28 to 29.5 kilos of rice.

"We found that the company was selling underweight rice. It is very disappointing that the state-run company was also involved in such an act. The price and quantity of rice should be justified as per the local price," She said.

Meanwhile, FMTCL Jumla chief Tilak Sunar said that the quantity of rice may have been different mainly due to lack of proper packaging.

The municipality has urged the company to charge the fees as per the designated quantity only.

Hit by drought and then heavy rains, municipality asks central govt for help

Remove me if you can: PM Oli challenges Dahal, Nepal
52 minutes ago

Remove me if you can: PM Oli challenges Dahal, Nepal
52 minutes ago