Friends came together to help the people in need during lockdown. They are now feeding thousands in Kathmandu and beyond

KATHMANDU, September 17: One morning in early June, five high school friends randomly decided to collect money to help destitute families in areas around Kathmandu. During the first phase of the nationwide lockdown, stories of impoverished families suffering from hunger were making headlines everywhere.

"The news of people suffering from starvation was everywhere. We wanted to help them. We collected three to five thousand from each of us and set out in search of helpless people," said Niraj Pandey, one of the five friends.

First they went to Basantapur where they met a number of helpless families who were sleeping on pavements without proper food or shelter. Perhaps, they were all working class families who had lost their jobs and homes due to the pandemic.

With the little money Pandey and his friends had collected, they bought biscuits and face masks. "We started distributing them. But more people came and we didn't have enough for everyone," said Pandey.

"People were fighting for a single packet of biscuits. We then realized the gravity of the pandemic on working families," he added.

Pandey then posted pictures of the day, explaining the situation in Basantapur. "We were able to collect over Rs.100,000 in just a few days. It motivated us to keep up with the initiative," said Pandey, who is now one of the founding members of Feed the Hungry Nepal (FTHN), an organization dedicated to feed the hungry people in Kathmandu.

FTHN is a legally registered Non Profit Organization with over 30 general members and more than 100 volunteers between the ages 15-27, actively working towards the goal of hunger free Nepal. 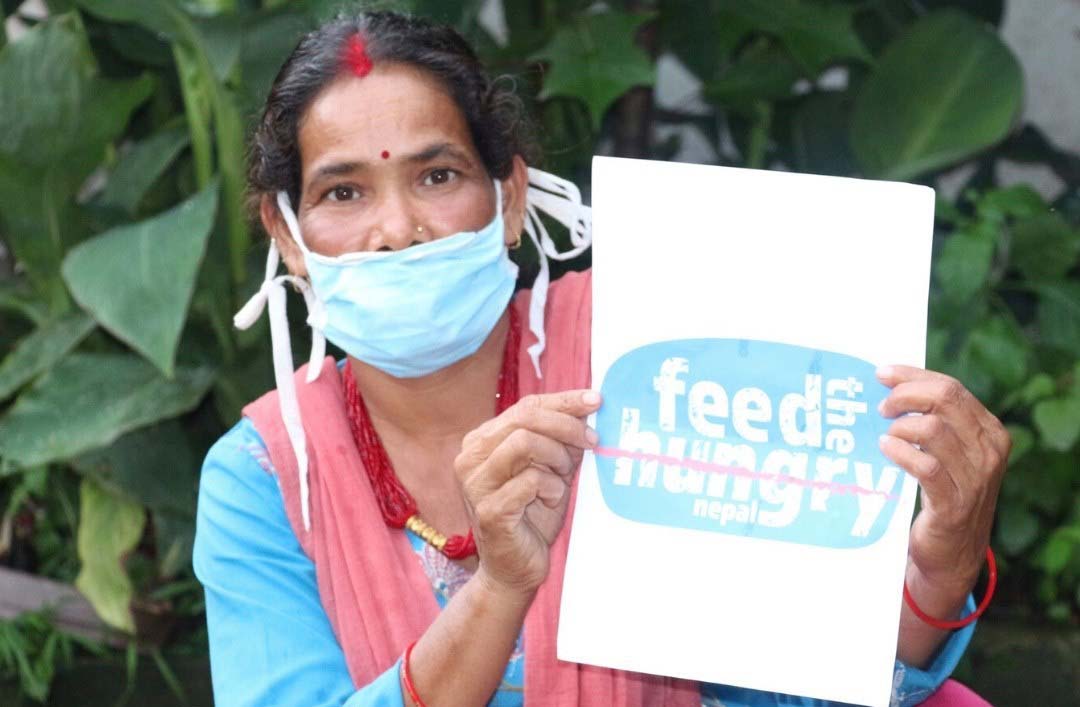 "We have now distributed ration kits to over 1,700 families in Kathmandu and in Tanahun," said Aarya Sharma, Media and Outreach lead of the organization. The ration kits contain 5 kilogram of rice, 1 kilogram of daal, 1 packet salt, and 500 ml of vegetable oil. "The kit can feed a family of four for at least five days", she added.

Sharma says that some of the families don’t even have necessary utensils to cook the food the organization provides. "Considering that we are now planning to distribute nutritious and cooked food to helpless people," she said.

From day one, social media has been of great help.  They have been receiving every kind of support from their social media circle. "Social media has made it a lot easier for us to carry on with the activities. Most of the information about the people is passed on to us from Facebook, Instagram, and Twitter handles," said Sharma.

They have also partnered with Nepal Mahila Ekta Samaj(NMES), Heartbeat, Blue Diamond Society, Rotary Club of Nagarjuna, SHE Organization, Music Cafe Nepal, Lumiere, The Artsy Crème as well as the Social service club of Gems Higher Institute of Education (GIHE) in this campaign. These organizations have been helping FTHN in fundraising and in recruiting volunteers.

Bhagwati Adhikari, executive director of Nepal Mahila Ekta Samaj, a non-government organization that looks after landless and homeless women, said that FTHN's support has been of great help to the needy ones. "Around 80% of the squatter communities are working class people. The pandemic has been a disaster to them," she said.

"Although the aid provided by FTHN might not help them in the long run, it is enough to keep their stomach full for a week or so. For families left with nothing, this is a big help," she told Republica.

Sharma believes that the responsibility of the organization has increased. "People have started noticing our work, and we receive overwhelming numbers of requests for help," she said.

The organization is now working on different ways to collect funds. "We were operating through the donations. But this will not be enough for a long run," Sharma said, adding, "We have initiated alternative events to collect money."

On July 3rd, FTHN organized a 1000 km marathon to raise 1000$, however "That process was halted due to the lockdown and we have covered 104 km till now," Sharma said. 'Rakhi for Rahat Project' fed almost 30 families. They are now preparing to organize the 'FTHN Fundraiser debate tournament'.

The organization strongly believes in transparency and every activity is shared to the public through their social media accounts. "We take pride in sharing our journey with our supporters. We value every donation and share where it was used through our social media accounts," said Pandey.

"I believe that transparency is something that has made our organization strong and we will always be transparent about our activities," he said.

In the long run, the organization wants to work in the area of food insecurity. "The problems in the food supply chain stretch beyond the pandemic. Now that we have hundreds of youths joining the organization, we will have more ideas to work on," said Sharma adding, “We are lead by ideas. We welcome any good idea for the purpose of overall development of our nation and the people.”

"We believe hunger is a preventable tragedy. If we join hands to solve this problem, we can definitely make a change," Pandey added.