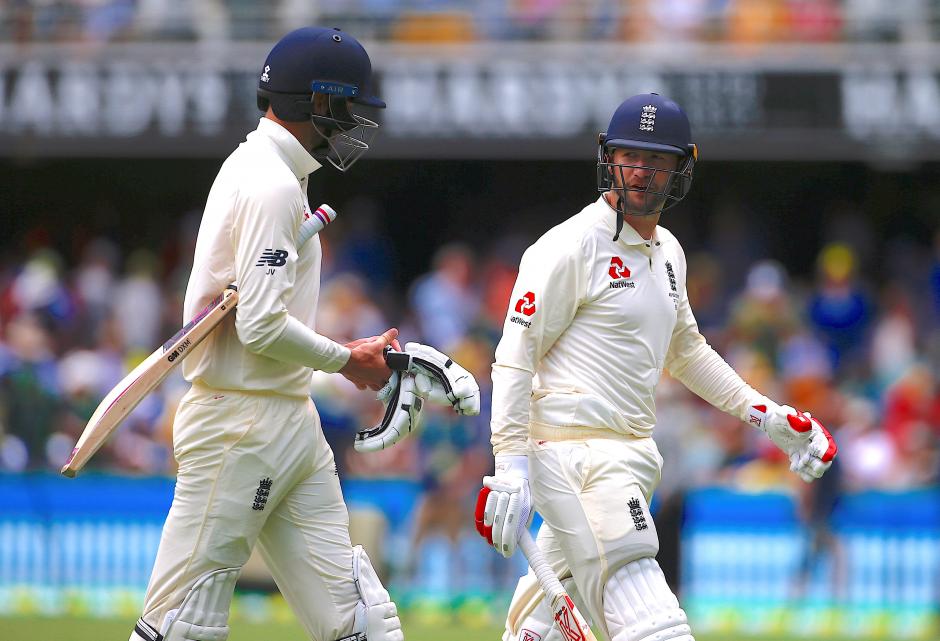 BRISBANE, Nov 23: Alastair Cook fell cheaply but Mark Stoneman and James Vince showed impressive defiance in their Ashes debuts to steer England to 59 for one at lunch on the first day of the series-opening test in Brisbane on Thursday.

Opener Stoneman and number three Vince had built a 57-run partnership at the break, steadying the tourists after Mitchell Starc had Cook caught in the slips for two in the third over.

After England captain Joe Root won the toss and sent his side in to bat, Stoneman, compiled 25 and Vince 32 as the pair frustrated Australia’s vaunted pace attack.

While the Gabba wicket showed a green tinge, Australia captain Steve Smith said he too would have liked to bat first and his fast men rarely threatened, struggling to extract much pace or movement off the seam.

The exception was a peach of a delivery from Starc which former captain Cook had no choice but to play, the ball moving away slightly and kissing the outside edge on the way to Peter Handscomb in the slips.

Starc then tried to soften up Stoneman with short balls and a few choice words after his follow-through but the Australian attack was surprisingly subdued for the first morning of cricket’s oldest rivalry.

Vince, England’s surprise selection at number three, did his best to put the pressure back on the bowlers, stroking two consecutive boundaries off Josh Hazlewood before the drinks break, the first a glorious cover drive followed by a dismissive flick off his pads.

It was mostly slow going for the tourists, however, as they patiently held firm against the pacemen, with Stoneman seeing off 90 balls and Vince 74.

Smith introduced spinner Nathan Lyon shortly after the drinks break and he coaxed a leading edge with his first ball but he was also fended off despite finding plenty of turn.

The pitch is likely to harden and quicken as the day progresses, meaning stiffer tests are likely for England’s inexperienced batsmen.

Smith earlier confirmed opener David Warner and Shaun Marsh would play after they suffered neck and back strains in recent days.

England picked Jake Ball as their fourth seamer and he joins James Anderson, Stuart Broad and all-rounder Chris Woakes in their pace attack as they bid to retain the urn, having won the last series 3-2 on home soil in 2015.