SRK refuses to work with Kangana for Bhansali’s next 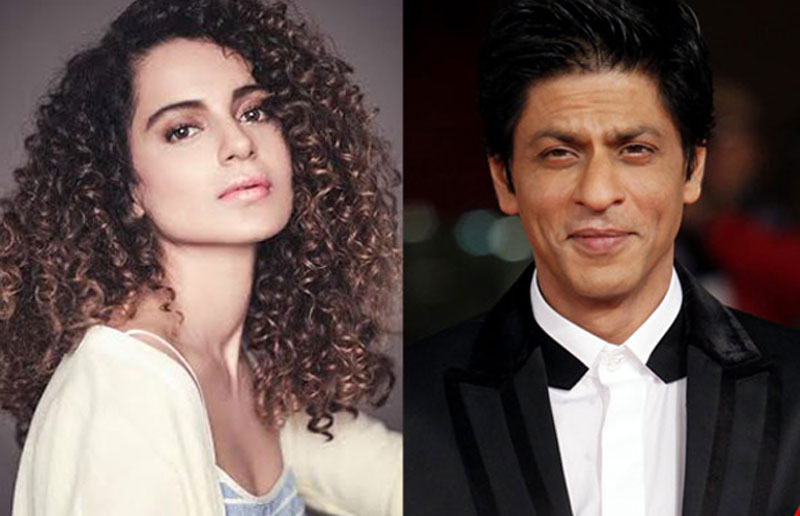 Kangana who is known for her bold and outspoken nature is rubbing most of the industry biggies the wrong way. That is also leading to a lot of doors being shut on the actor.

Last year, she had publicly announced that she is in talks with Sanjay Leela Bhansali for a big project, opposite Shah Rukh Khan. SRK also confirmed the same in his next few interviews. “I have been in talks with Sanjay for two films. We will select the best one and make it.”

According to Business of Cinema the Bajirao Mastani director offered King Khan two scripts from which he had to choose. Shah Rukh chose the one which did not star Kangana.

Shah Rukh had earlier mentioned that he was in talks with Bhansali for two projects. “I have been in talks with Sanjay for two films. We will select the best one and make it,” he said in an interview.

Shah Rukh opened up about rejecting the script that allegedly cast Gangster star, saying that he found the period setting of the other (one with Kangana) a little repetitive and thus, told Bhansali that he will not be comfortable working on that project.

Kangana is currently busy promoting her upcoming movie, Rangoon, which is directed by Vishal Bharadwaj, and stars Shahid Kapoor and Saif Ali Khan.

Much to the delight of audiences, Bollywood's favorite father-son duo Shah Rukh Khan and Aryan Khan will lend their voices... Read More...

MACEDONIA, June 26: The president has reiterated for the second time his intention not to endorse the agreement with Greece,... Read More...

KATHMANDU, July 26: Uncertainty looms over the timing of the next School Leaving Certificate (SLC) examination as the government has... Read More...

Acharya announces his candidacy for NRNA presidency
15 hours ago

Dead body found at ward office in Golfutar
20 hours ago