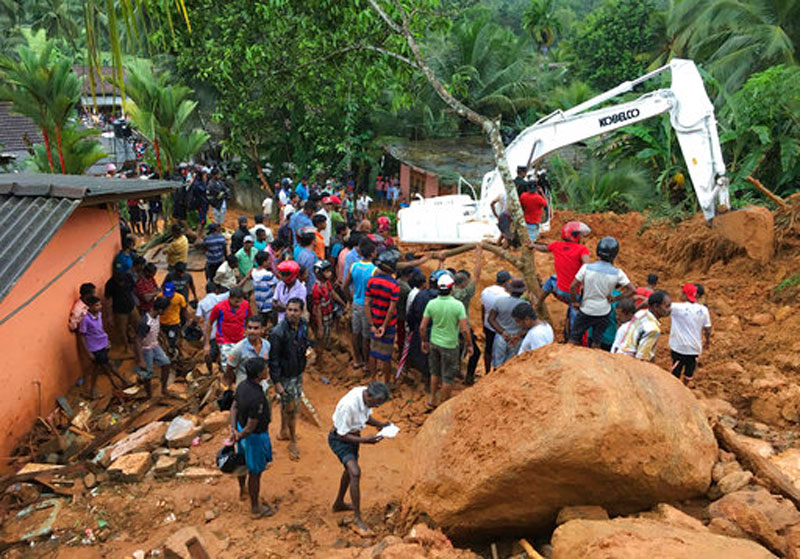 AGALAWATTE, Sri Lanka, May 27: Sri Lanka has appealed for outside help as the death toll from floods and mudslides on Saturday rose to 100 with 99 others missing.

The Disaster Management Center said more than 2,900 people have been displaced.

The military used large armored vehicles and boats to transport people to safety. But some remained trapped in interior villages where boats have been unable to reach.

At an intersection close to Agalawatte, 98 kilometers (60 miles) south of capital Colombo, four bodies in coffins were kept in a house, awaiting boats to be taken to a temple where displaced people have taken refuge.

Residents of Wehangalla village near Agalawatte were marooned as floodwaters swamped most of the buildings up to the roof. They had fled to higher terrain but four people among them died in a mudslide and three others are missing. They complained that government aid still had not reached the area and they were surviving on food provided by those in nearby villagers.

The Sri Lankan government appealed to the U.N and other countries for help with rescue and relief measures.

Mudslides have become common during the monsoon season in the tropical Indian Ocean island as land has been heavily deforested to grow export crops such as tea and rubber.

Last May, a massive landslide killed more than 100 people in central Sri Lanka.