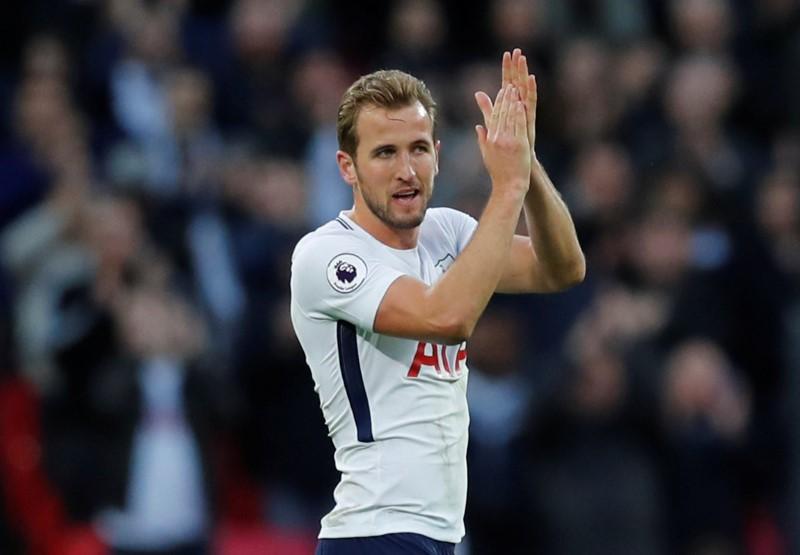 LONDON, Oct 23: Tottenham Hotspur striker Harry Kane has welcomed Zinedine Zidane’s comment that he was a “complete player” and said the Real Madrid manager’s compliment will give him more confidence.

Zidane praised the 24-year-old Kane before Spurs’ 1-1 draw in the Champions League against Madrid last week.

“I always feel there’s stuff I can improve upon, I will never stop trying to do that,” Kane told Sky Sports.

”It’s a great compliment and one I will take as a positive, take in my stride and try to use as confidence.

“I’ll always keep working on stuff. I never feel you can always be the best so I will keep working at things.”

Kane’s brace in Tottenham’s 4-1 win over Liverpool on Sunday took him to the top of Premier League scorers’ list this season with eight goals. The victory helped Tottenham go level on points with second-placed Manchester United.

The England international has scored 13 goals in 12 games across all competitions this season and is relishing the chance to continue his exploits in upcoming matches, starting with a trip to United in the league on Saturday.

“The games are coming thick and fast and that is what you want as a striker, you get into a rhythm and you just want the next game to come so you can continue scoring,” Kane added.

“It’s good for me, we have got lots of games coming up, so for me it’s all about playing and doing my job for the team and at the moment I feel I can score every game.”

MIDDLESBROUGH, Sept 25: Son Heung-min stepped up in Harry Kane's injury absence with two goals to give Tottenham a 2-1... Read More...

Biden White House asks 'Trump who?' ahead of speech to conservatives
23 hours ago

Remove me if you can: PM Oli challenges Dahal, Nepal
44 minutes ago

Remove me if you can: PM Oli challenges Dahal, Nepal
44 minutes ago