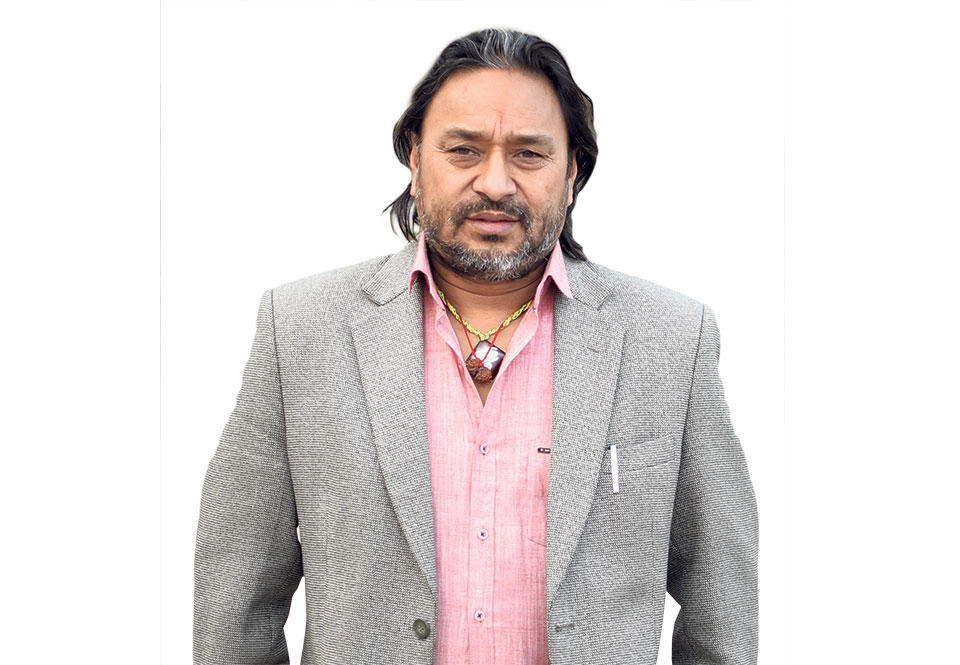 Badminton has been, for a very long time, called a ‘gentleman’s game’. The sport is Eurasian in its roots and easily one of the most played sports in the world, especially the Asian countries. Players from China and Japan have been dominating the world rankings for decades now. In Nepal too, badminton has always been a cherished sport. Shuttles and rackets have never been objects of curiosity, they have always been around. Kids, the aunties and the uncles, the young and the elderly have been besotted by the sport for very long.

It’s the same for Ramji Bahadur Shrestha. As a child, as an adult and even now as a man well past his fifties, he has been riveted by the sport. At age nine, he developed a keen interest in the game. From observing casual matches between the local boys in Dillibazar (where he was born) nearly forty years ago, he grew to respecting the game. “The was no aggressiveness to the game and this was a breath of fresh air to me. At that age, there were too many brawls and badminton felt peaceful. The rules were hard and straight and the trick to playing a good match was always to respect your opponent. I liked that,” explains Shrestha.

Shrestha thus didn’t limit himself to only a few local matches. In 1973, he signed up for the national level competition and, under the guidance of his coach, Gyan Bahadur Khadka, performed better than he ever expected to. Eventually, he won the nationals for men’s singles three times. He also won the men’s doubles for a total of six times. In his career, he has represented Nepal in numerous tournaments in Singapore, Bangladesh, and other East Asian countries. Looking back at his career, he claims the MEB Tournament held in Bangladesh in 1990 to be one of the highlights of his career. It was here, amidst players from India, Bangladesh and Nepal, that he bagged the gold medal for the men’s singles and doubles. “That is a moment that has been forever imprinted in my memory,” he says.

Playing sports for a career isn’t all that agreeable by society standards and back then the training facilities weren’t as good as they are today. Tackling this was an added pressure to an already mounting stress to improve skills, recalls Shrestha. “By physical built, we’re similar to the Chinese and the Japanese but what set us apart is skills. Even then, their diets were far more superior than ours. Not to mention they had excellent coaches and other facilities,” he adds.

But players in Nepal managed through. They were never the top performers in most international tournaments but they managed to hold their own front strong enough. They would often create diet plans in accordance to the Nepal staples and practice self-discipline in attempts to cut on spending and make do with the circumstances they were faced with. They held the single-minded belief that playing more would mean getting better. So they often practiced among themselves, sharing their observations and learning through repetition. Borrowing the tracks of the sports council in Dasharath Stadium in Kathmandu, they had to practice wherever they could because the few courts were never free.

After a long career of 23 years, Shrestha decided to hang up his racket and put an end to his professional career. That was 16 years ago. Today, he serves as the president of Nepal Badminton Association. Once led by the late King Mahendra, the association provides technical and holistic facilities to badminton players, both professional and aspiring. They conduct umpire training, technical training and also arrange for participation at international competitions. Every year, Nepali badminton players participate in nearly a dozen international tournaments and the association manages their participation.

As the president, this is Shrestha’s attempts at rectifying the errors of the past. He wishes to give badminton players every opportunity to improve and grow as a sportsman. However, there are many limitations in the Nepali scenario that pose as obstacles. “The budget, lack of good courts and equipment are still as much a problem as they were in the past,” Shrestha explains.

But they are doing good work with their current players. Dinesh Dhami, Ratnajit Tamang, and the likes are more than capable of giving good competition to top international badminton player. The association has also made several attempts to get Tamang into the Olympics. But these attempts, so far, have been unsuccessful. Shrestha assures that they will keep trying till luck favors them.

Today, Shrestha no longer plays badminton. He claims his body isn’t dexterous enough now. But he loves the sport with equal fervor as he did back when he used to win tournaments after tournaments. Learning the game and playing it, he says, has been the greatest joy of his life and now he intends to live vicariously through other sportsmen and is thus willing to go to extreme lengths to make them shine on the international arena.