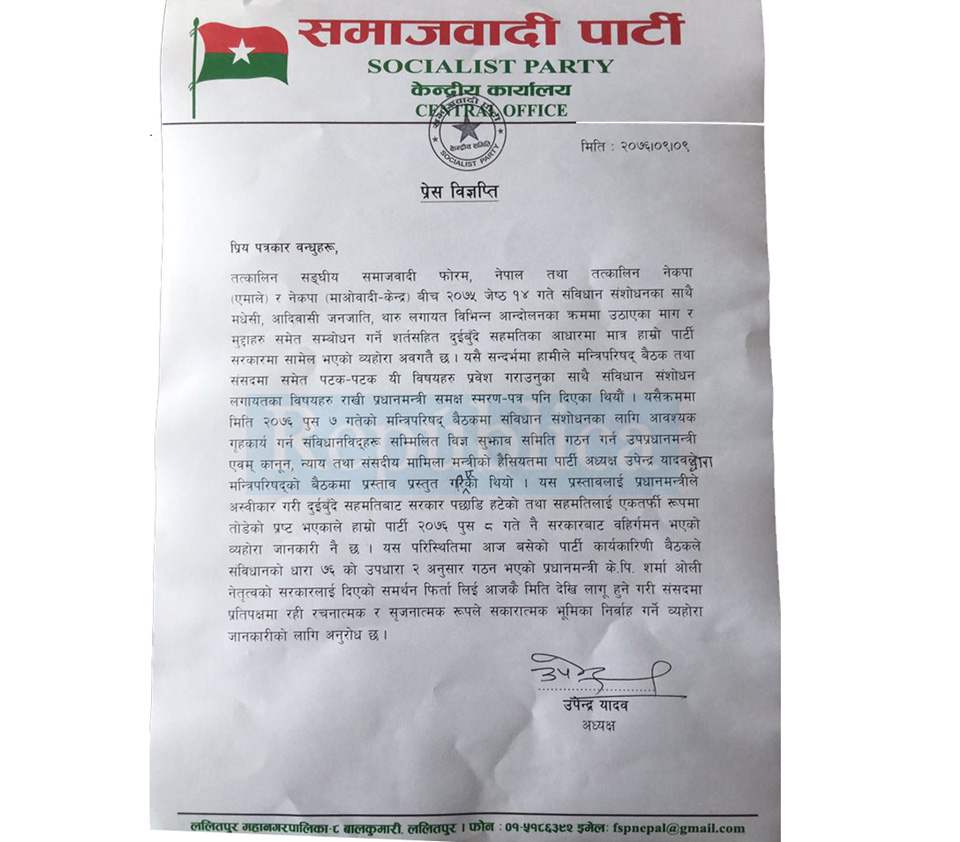 KATHMANDU, Dec 25: The Samajbadi Party Nepal (SPN) has withdrawn its support to the Oli-led government on Wednesday.

Organizing a press meet in the capital, chairperson of the SPN Upendra Yadav said his party would no longer be the part of the government. Yadav accused Prime Minister KP Sharma Oli of breaching the two-point deal reached with his party for amending the constitution to accommodate the concerns of Madhesis.

"Our party will remain outside the government and play the role of a constructive opposition," he said.

Earlier today, the meetings of the party's office-bearers and the parliamentary party had decided to withdraw the party's support to the government.

Deputy Prime Minister and Minister for Law Upendra Yadav, who was leading the government on behalf of his party, stepped down from the post to be effective from today.

The resignation of Upendra Yadav from the post of Deputy Prime Minister and Minister of Law on the ground that... Read More...

KHOTANG, April 11: The Deputy Prime Minister, Upendra Yadav has threatened to leave the government if it failed to fulfil... Read More...