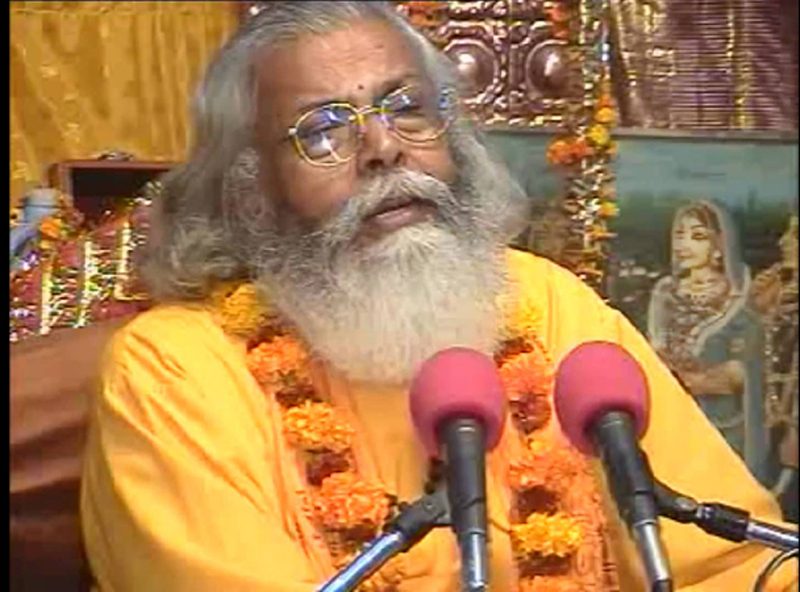 CHITWAN, August 3: Khemraj Keshabsharan, a noted spiritualist, passed away last night. He was 81.

He had been suffering from multiple health problems including pneumonia. He had survived a fatal brain hemorrhage a month ago. He had been residing in Devghat Dham in Chitwan since over the three decades and was taken back to his Sifal-based home in Kathmandu Metropolitan City-7 following complications in his health, where he breathed his last at 10 pm Wednesday, said his son Giridhar Upadhyay.

Keshabsharan is survived by his two daughters and two sons. His last rites will be performed at the Pashupati Aryaghat tomorrow as the bereaved family has waiting for the arrival for his eldest son from the United States of America. As per his will to spend last days in Devghat Dham, the Upadhyaya family had again brought Khemraj to the Devghat Dham on a helicopter some 26 days ago. He was on life support at the time. The family decided to take him back home as excessive heat here caused more problem in his health. Born in Jante of Morang district, he had been staying in Devghat, the holy site, since 1978 .

He, an interpreter of Sanatan Hindu philosophy has penned over a three dozen of books. He was a presenter of the program on religious theme in the Radio Nepal for long.

According to local Jagannath Pokhrel, Khemraj had established the Antarastriya Sharanagati Ashram (a secondary school) in Devghat on his own. The Radha Madhavi Temple was also built by himself.

Priests in the Devghat Dham, remembering him as a polyglot preacher, shared the experience of listening to him in Nepali, English, Sanskrit, Newari, Bengali and Marathi languages. RSS

US dollar soars to an all-time high
58 seconds ago