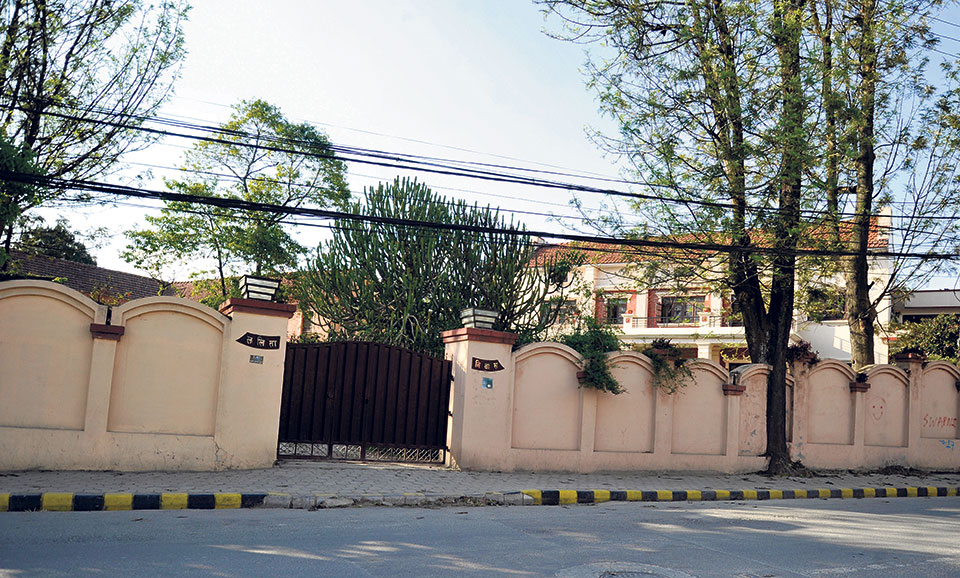 KATHMANDU, Feb 15: The Special Court has started summoning the accused in the Lalita Niwas land scam, preparatory to holding preliminary hearings. They stand accused of involvement in registering government land as the property of private individuals.

On Friday, the Special Court, which deals with corruption cases, issued summons to 14 of the accused, including the then directors general of the Department of Land Reform and Management. They are required to appear before the court and record their statements within 15 days of receiving the summons.

Those summoned by the court include then director general of the department Pushpa Raj Upadhyaya, section officer Indra Prasad Dhungana, then chief of the Dilli Bazar Land Revenue Office Tikaram Ghimire and its officials Tika Bahadur BC, Jibanath Pokharel, Shree Hari Pudasaini and then chief of Samar Jung Company, Arjun Prasad Bhandari.

Court spokesman Puspa Raj Pandey said the court administration has been entering the particulars of all 175 accused into its system and court summons will be issued soon to all of them.

Yukta Prasad Shrestha, a retired land revenue official, had committed suicide in Kathmandu shortly after the anti-graft body, Commission for the Investigation of Abuse of Authority interrogated him in the course of investigations.

“We will issue court summons to them also in a couple of days,” said Pandey.

The CIAA had filed case against 175 individuals including four former ministers and top bureaucrats for their alleged involvement in registering government land as private property.

They are accused of illegally registering more than 136 ropani of government and guthi (trust) land at Lalita Niwas, Baluwatar in the names of various individuals after setting up fictitious land tenants.

Court officials have started the prosecution process, bearing in mind the magnitude of the case in terms of the people involved and volume of fines sought by the CIAA. Preliminary hearings will begin once the accused appear in court.

Normally, the CIAA should have presented in court all the individuals implicated in the scam while filing the corruption case. But the anti-graft body has not followed standard procedures. Court officials are now following a lengthy procedure – summoning the accused, recording their statements, and conducting preliminary hearing.

Existing anti-corruption law has a provision for presenting the accused before the court while filing a case. But the anti-graft body often doesn’t arrest those accused, particularly when the case is a high-profile one.

Most accused individuals often intentionally try to prolong the court process under various ploys such as refusing to accept the summons or providing mismatching house addresses. The accused agree to be part of court proceedings only when they see that the situation is favorable for them.

‘Most accused in corruption cases get acquitted because of weak investigation’

KATHMANDU, July 18: The accused in most corruption cases registered at the Special Court have been acquitted due to weak... Read More...