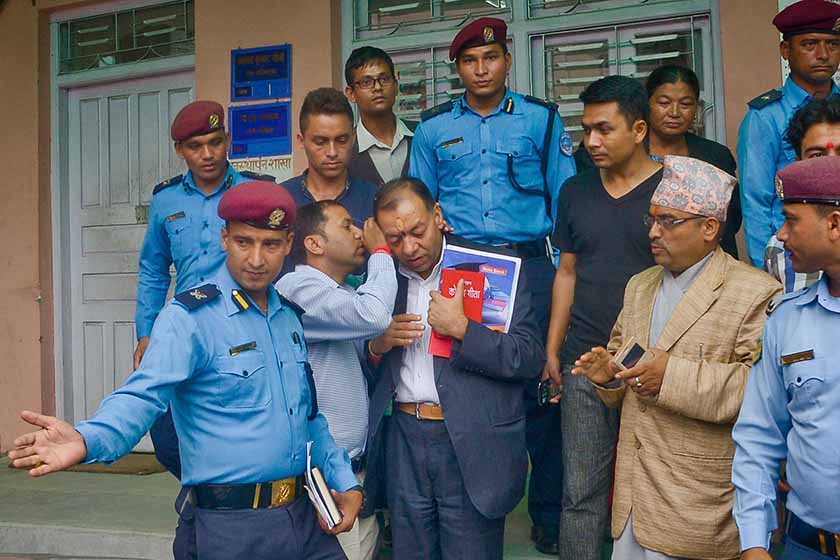 KATHMANDU, July 25: In what can be seen as an instance of sheer negligence, hearings in a case at the Special Court involving former Inland Revenue Department director-general Chudamani Sharma has been deferred at least 22 times. The biggest ever corruption case prosecuted in the country first landed at the court in July 2017.

Final hearings in the case have now been scheduled for August 18. The hearings were scheduled the very first time for March 23, 2018. But these hearings never took place .

Court officials cited multiple reasons for deferring the final hearings in the tax scam case involving former IRD chief Sharma, who was also member-secretary of the Tax Settlement Commission. The commission was headed by Lumba Dhwoj Mahat with Umesh Dhakal as a member.

The Commission for Investigation of Abuse of Authority had filed a case against Sharma, Mahat and Dhakal, accusing them of abusing their authority in waiving taxes amounting to Rs 10.2 billion payable by various big business firms. The government had mandated the accused to realize the billions from those firms and various individuals.

Apart from the tax waiver case, Sharma, along with his wife Kalpana Uprety Sharma, are facing another corruption case at the court. The couple are accused of accumulating unexplained property worth Rs. 42.9 million.

Court officials said they are working to conduct the same hearings process for both cases as far as they relate to Sharma .

“The hearings have been deferred for various reasons. The next date scheduled for the hearings is August 18,” said court spokesperson Pushpa Raj Pandey. He acknowledged that the previous hearings dates were deferred without having conducted any hearings at all.

Going through the details pertaining to the dates earlier scheduled for final hearings in the cases, officials said the court administration postponed the hearings twice. Likewise, hearings were deferred on seven other occasions as the judges said they already had their hands full.

The Office of the District Attorney in four instances requested the court administration not to conduct the hearings, claiming that they would be unable to participate . The law doesn't allow the attorney's office to postpone a case more than two times.

“Deferring hearings for months in such a high-profile corruption case is unusual,” former chairman of the Special Court Gauri Bahadur Karki told Republica. He said he had delivered the final verdict in the case of the Sudan Scam, one of the major corruption cases in the country, within just nine months.

Thirty-six individuals including three former chiefs of Nepal Police were charge-sheeted in the Sudan scam. An accused in the case had hired up to 50 lawyers with a view to prolonging the hearings, Karki said, explaining this as a bid to manipulate the case.

At the time, when Karki headed the Special Court, there was only one bench but they still fast-tracked the various corruption cases to deliver justice in time. These days, two separate benches are at work . However, the largest ever corruption scandal here has been delayed for months. One legal expert, requesting anonymity, spoke of suspicions of foul play behind the inordinate delay .

Until last week, Judge Baburam Regmi headed the special court. The Judicial Council transferred an entire cohort of judges from the Special Court just a few days back. The transfers came a few days after three former IGPs of the Armed Police Force were acquitted in a corruption case. A group of new judges led by Shibaraj Adhikari replaced Regmi and the other judges.

“Justice delayed is justice denied. When high-profile cases are before the court, topmost priority should be given to these cases,” said Karki.

All IOM exams for Monday postponed
6 minutes ago

SEE and Grade 12 exams in April and May, respectively
8 minutes ago

Sita Dahal inflicted with COVID-19, kept in ICU
10 minutes ago