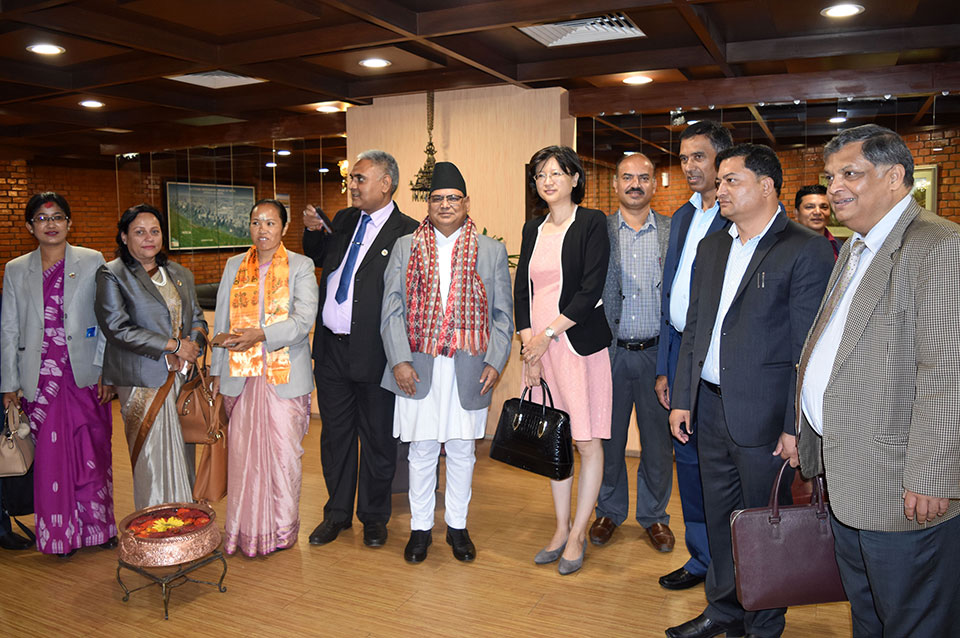 KATHMANDU, Sept 7: Speaker of Federal Parliament Krishna Bahadur Mahara today left for Lhasa, the capital of the Tibet autonomous region of China, on his five-day official visit to China.

Mahara is travelling to China at the invitation of his counterpart Wang Yi.

The Speaker is scheduled to participate in 'the fourth China Tibet Tourism and Culture Expo' scheduled for today itself. Besides, he is set to hold discussion with Chief of Tibet government on various aspects of mutual welfare and bilateral relations between Nepal and Tibet, said the Speaker's Secretariat.

He will also lay the foundation stone for Nepali Consular Office in Lhasa, and inaugurate Miteri bridges at Rasuwagadhi and Tatopani. Also, he will address the meeting of the trans-Himalayan Belt and Road International Cooperation Forum.

BEIJING, April 30: President Bidya Devi Bhandari who has been on the nine-day State visit to the People’s Republic of... Read More...