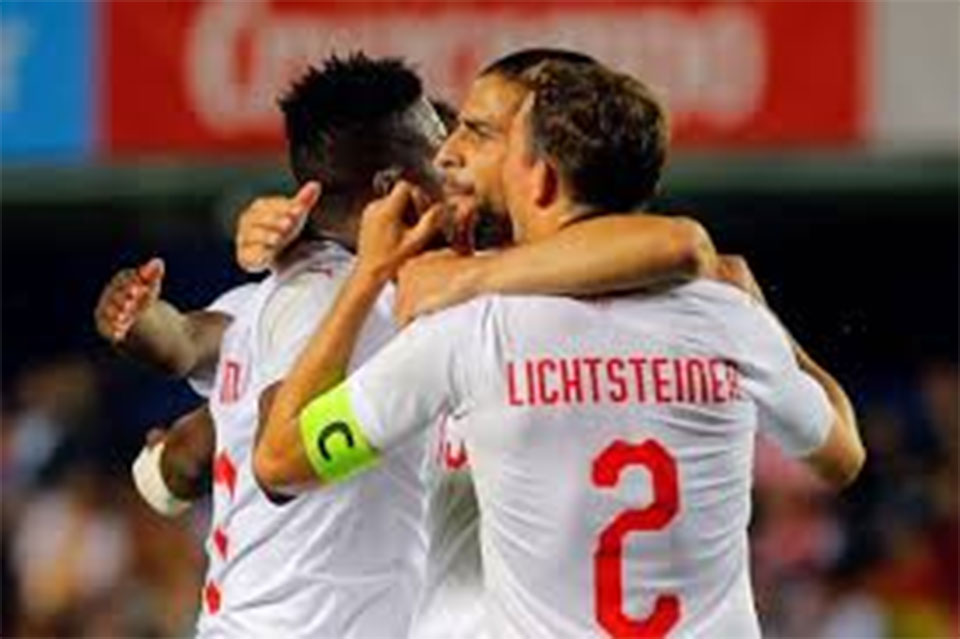 VILA-REAL, June 4: Spain goalkeeper David de Gea made a rare error which led to his side drawing 1-1 at home to Switzerland in a World Cup warm-up friendly on Sunday which the hosts dominated but failed to make their superior possession count.

Real Sociedad right back Alvaro Odriozola scored his first international goal with an impressive volley to give the 2010 World Cup winners the lead in the 29th minute at Villarreal’s La Ceramica stadium following a dominant start.

Switzerland full back Ricardo Rodriguez tucked into an empty net to level in the 62nd after an uncharacteristically sloppy piece of goalkeeping from De Gea, who failed to hold a weak shot from Stephan Lichtsteiner.

“We did many things well although we didn’t take the chances we have, but the fact we played with intensity and continuity against a team as strong as Switzerland is the most important thing,” Spain coach Julen Lopetegui told reporters.

“I’m sure in other games we’ll be able to make the most of half the amount of chances we had. I’m pleased that we were able to create lots of chances and they barely created opportunities against us.”

Lopetegui started without any players who had helped Real Madrid win last weekend’s Champions League final against Liverpool while Barcelona holding midfielder Sergio Busquets was a late absentee with a stomach bug.

Lopetegui’s side had two-thirds of possession and looked in control of the game until De Gea’s mishap, although they lacked dynamism and were a far cry from the ruthless side that had hammered Argentina 6-1 in their last match.

Veteran midfielder Andres Iniesta pulled the strings for Spain in his last appearance on home soil before his expected retirement from international football but was substituted early in the second half as a precaution after banging his knee.

The hosts initially lost momentum after Iniesta left the pitch but they finished the game strongly and substitute Nacho twice came close to snatching a late winner, clipping the post and heading just wide.

Spain travel to their World Cup base in Krasnodar next week and will play their final warm-up game in the Russian city against Tunisia on Saturday, before meeting European champions Portugal in a mouth-watering Group B opener in Sochi on June 15.

KATHMANDU, June18: An early stunner from Coutinho was not enough for the 5 times world champions to seal victory of their... Read More...

69 including 15 lawmakers of federal parliament test positive for COVID-19, one succumbs to the virus
11 hours ago
Wide-body plane flying to Beijing to bring oxygen cylinders
12 hours ago

Medical supplies including oxygen cylinders and ventilators ready to be delivered to Nepal: China
5 hours ago

Congress formally decides to vote against PM Oli
2 hours ago

No COVID-19 infection on Everest Base Camp: Tourism ministry
5 hours ago