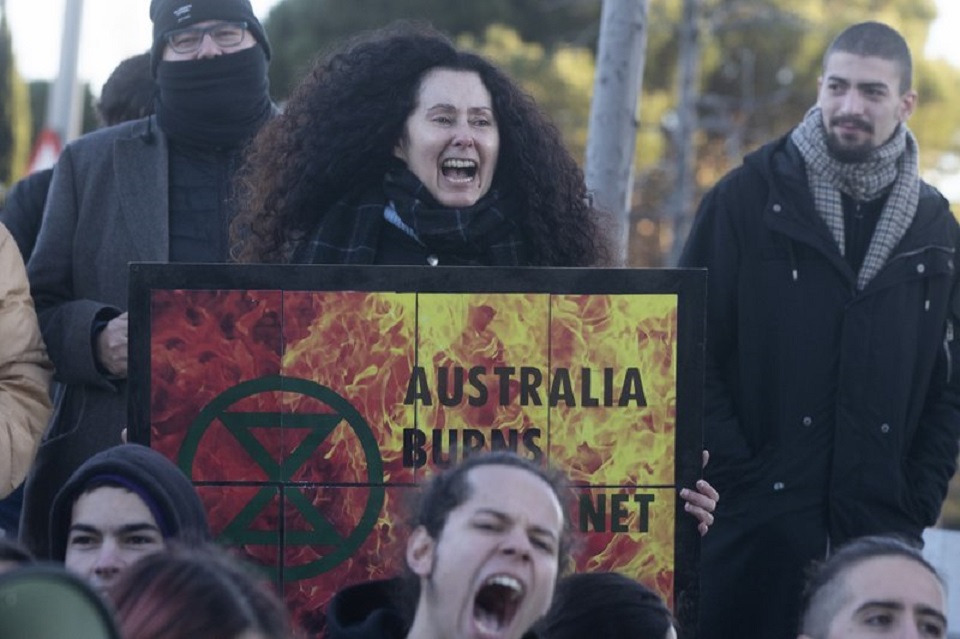 People from the Fridays For Future movement protest outside the Australian Embassy in Madrid, Spain, Friday, Jan.10, 2020. The protest is to demand more climate action and to show solidarity with the critical situation in Australia after more than a month of forest fires. (AP Photo/Paul White)

The declaration approved by the Cabinet says the left-of-center Socialist government will send to parliament within 100 days its proposed climate legislation. The targets coincide with those of the European Union, including a reduction of net carbon emissions to zero by 2050.

Spain’s coalition government wants up to 95% of the Mediterranean country’s electricity to come from renewable sources by 2040. The plan also foresees eliminating pollution by buses and trucks and making farming carbon neutral.

Details of the plan are to be made public when the proposed legislation is sent to parliament for approval.

More than two dozen countries and scores of local and regional authorities have declared a climate emergency in recent years.

Scientists say the decade that just ended was by far the hottest ever measured on Earth, capped off by the second-warmest year on record.

Also Tuesday, young climate activists including Greta Thunberg told the elites gathered at the World Economic Forum in Switzerland they are not doing enough to deal with the climate emergency and warned them that time was running out.