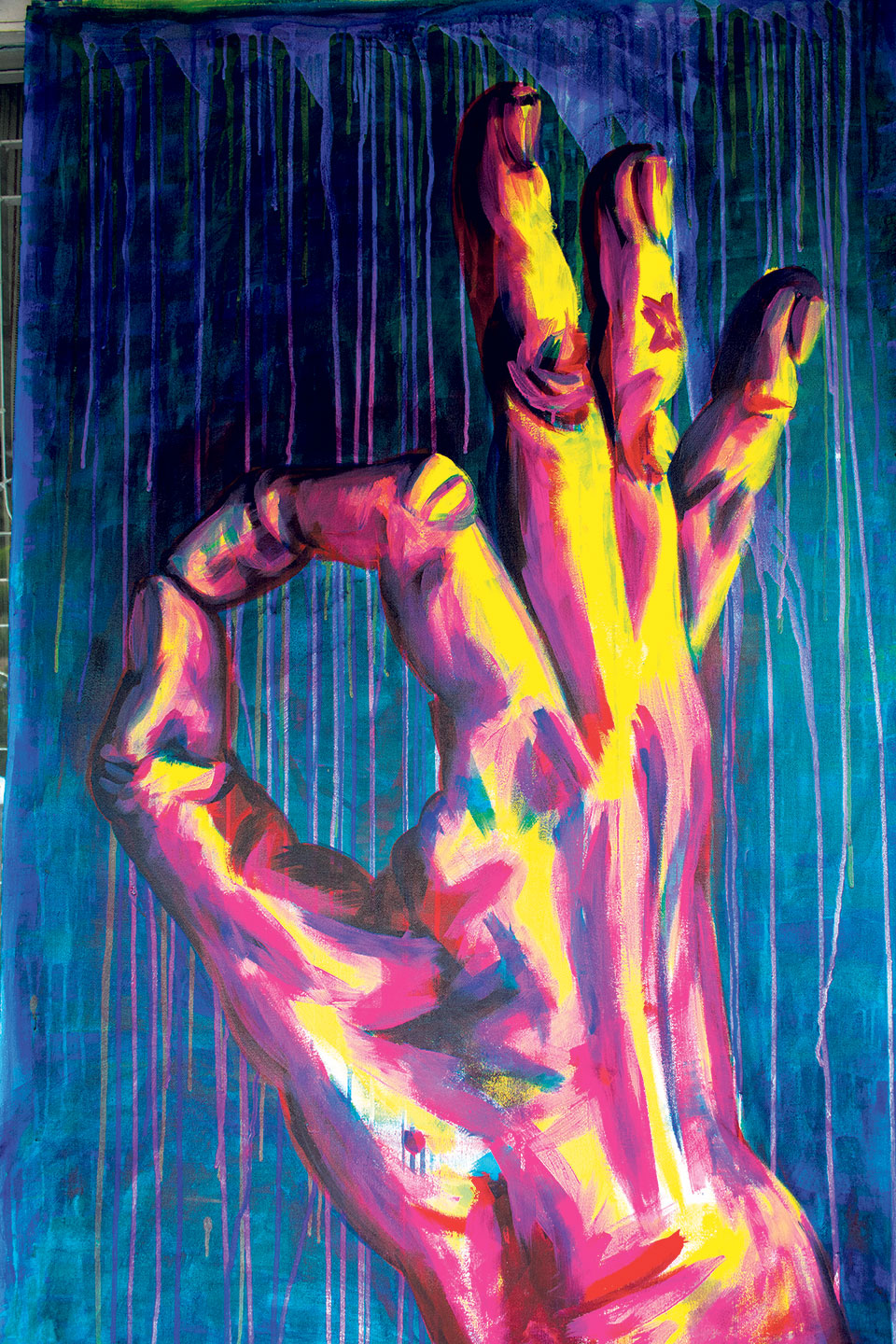 Manish Lal Shrestha never thought he would be a professional artist and make his living through colors and brushes. It was his mother who sent him to India to study arts and encouraged him to pursue it professionally. Today, after decades of training, Shrestha is an art expert who has been actively working to promote visual arts through his studio/gallery, Mcube in Patan, Lalitpur.

Established in 2011, Shrestha says Mcube is as an alternative art space for multiple types of visual arts such as community arts, contemporary arts, performance arts, sculpture making, videography, photography and many more. “The concept of art in Nepal is limited to paintings and sketches only. So, through the organization, we aim to clear this misconception and simultaneously take care of the curatorial aspect of arts to help artists promote their work. We are also trying to build a systematic art management practice in Nepal,” he says.

Shrestha mentions the idea behind the name, Mcube, represents the goal of the organization. The letter m is his name’s initial and cube refers to a hub. Mcube thus is an artistic community where one can learn and enjoy the true essence of arts. And true to the meaning of its name, the organization holds various events like artist residency programs, talk series, and workshops, in an effort to bridge the gap between art appreciation and people in Nepal.

According to Shrestha, the artist residency program is conducted four times a year. Many local and international tourists from USA, UK, Taiwan, and South Korea share a common space at the Mcube residency hall where they interact and collaborate on various projects. They are then given special themes on which they need to prepare their masterpieces and then showcase it to the public. “There are certainly many artists in Nepal but the opportunities are centered in Kathmandu only. So, our residency program provides a platform for such locals to introduce themselves. They also get a chance to learn from international experts,” says Shrestha.

Mcube also runs a special get well soon project. This program started right after the earthquake and is still in operation. Under this project, artists from the gallery visit different communities, orphanages, or child care centers and use art therapy to help psychologically affected children. The therapy includes card-making sessions using different art techniques and musical events. These cards are then either distributed to injured people at hospitals or children exchange it among themselves. The project also initially included training for post-disaster management. Shrestha states more than 13,000 affected children have benefitted from this project so far.

While the gallery aims to promote a new generation of artists, it is also a place where veteran artists can share their experiences while guiding upcoming ones. And this happens through talk series at Mcube. This talk series is called Mcube Chakati Guff. Here many respectful personalities from different fields such as literature, paintings, music, film, and theater narrate their life stories and thus impart valuable lessons. Shrestha says this is a great source of inspiration for aspiring artists.

The gallery also conducts art classes and exhibitions time and again. The best part about these classes is that anyone interested in arts can be a part of it. The contents are structured in such a way that they not just improve one’s skills but also enhance their level of creativity. The lessons taught comprise art history, still life study, demonstration of lines and shapes, portrait making, composition, landscape and many more. The students are also engaged in community art projects, film shows, and various other workshops.

The fees collected from these classes, residency programs, and exhibitions help Mcube fund its other activities like workshops and the get well soon project. Sometimes, Shrestha claims, it’s hard to manage the budget and follow their scheduled calendar. But nothing can stop Shrestha from working to fulfill Mcube’s main objective that is to promote art in all its varied forms. In fact, Shrestha confesses that seeing even small changes in people’s mindsets regarding arts is a huge motivational boost that makes him want to work even harder.

They say if you forget history, history will forget you. So if we had to, how could we document Nepal’s... Read More...