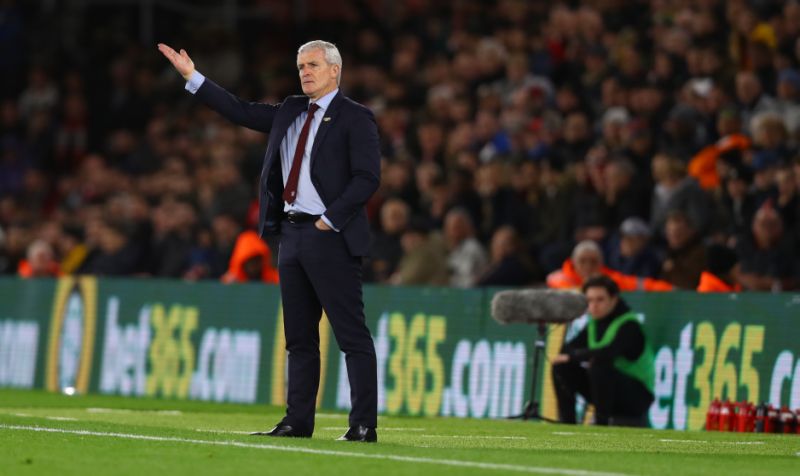 LONDON, Dec 3: Southampton sacked Mark Hughes as manager on Monday with the Premier League club mired in the relegation zone after securing only one victory this season.

Hughes, 55, arrived at his former club in March on a short-term contract and helped the south-coast club narrowly avoid the drop last season by finishing 17th in the table.

The Welshman was rewarded with a three-year contract in May but has struggled to improve the team’s form this campaign.“Southampton Football Club can today confirm it has parted company with First Team Manager Mark Hughes,” they said in a statement.

Southampton are 18th in the standings having lost seven out of their 14 matches and they squandered a 2-0 lead to draw 2-2 with Manchester United on Saturday to take their winless run to 10 games.

In eight months at Southampton, former Wales, Manchester City and Stoke City boss Hughes managed only five victories in 27 games in all competitions.

Their only league win this season came against Crystal Palace in September.

Before Saturday’s draw with United, Southampton had lost 3-2 at fellow relegation-threatened side Fulham and had been knocked out of the League Cup by Leicester City on penalties.

First-team assistant coach Kelvin Davis will lead the team for Wednesday’s match against Tottenham Hotspur at Wembley Stadium.Southampton said they had begun the search for a new manager, with Hughes’s successor set to be the club’s fourth boss in two years.

United favorites but Southampton can harness spirit of '76

For Manchester United fans of a certain age the name Bobby Stokes will still induce cold sweats as their team... Read More...

My claim for the post of General Secretary is natural: Leader Pun
41 minutes ago