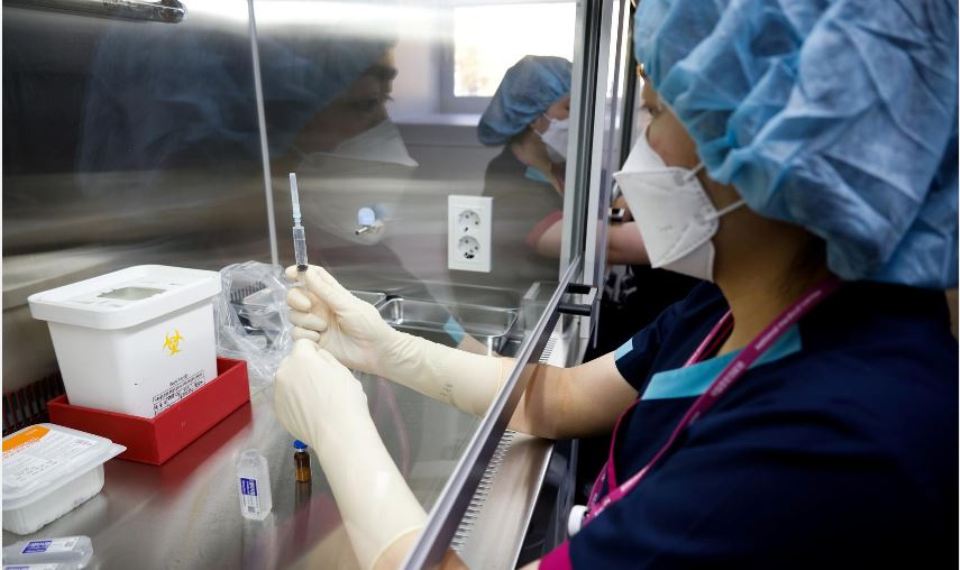 The deals include vaccines from Novavax Inc for 20 million people and Pfizer products for 3 million, bringing the total number of people to be covered to 79 million, Prime Minister Chung Sye-kyun said.

“The government has been working to bring in sufficient early supplies, but there is growing uncertainty over our plan for the first half due to production issues with global drugmakers and international competition to adopt more vaccines,” he told a televised meeting.

The U.S.-based Novavax also issued a statement that it has signed a license agreement with South Korea manufacturer SK Bioscience to produce 40 million doses of its vaccines for South Korea.

With a population of 52 million, South Korea had already secured enough doses for 56 million people from COVAX, Pfizer, Moderna, AstraZeneca and Johnson & Johnson, aiming to begin inoculating healthcare workers and the elderly on Feb. 26.

But authorities said on Monday they would not use AstraZeneca vaccines on people aged 65 and older, reversing an earlier decision, because of insufficient efficacy data.

The director of the Korea Disease Control and Prevention Agency (KDCA), Jeong Eun-kyeong, said the first-quarter adjustments were not expected to affect the goal of achieving “herd immunity” by November, though some independent health experts have cast doubts on the feasibility of that timeline.

The additional Pfizer deal of 6 million doses was intended to help meet that goal, and the American drugmaker agreed to move up the shipment date for another 1 million doses to the second quarter, Chung said.

The KDCA reported 457 additional coronavirus cases as of midnight on Monday, as the daily tally rebounds to the 400s in four days amid increased testing following last week’s Lunar New Year holidays.