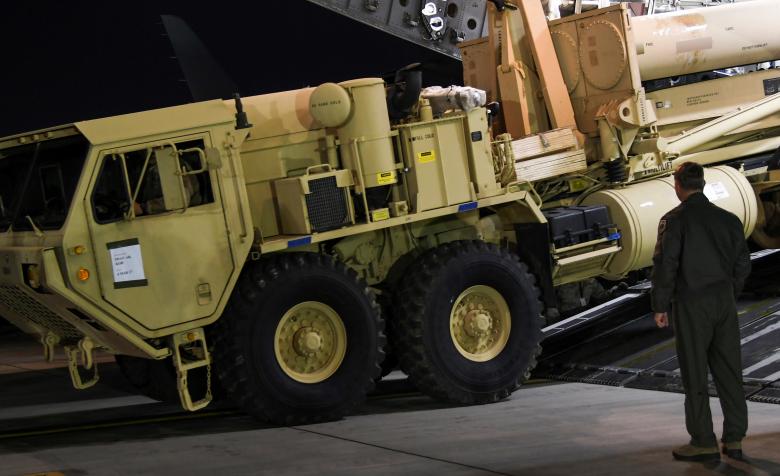 SEOUL, March 20: South Korea has complained to the World Trade Organization about Chinese retaliation against South Korean companies over the deployment of a U.S. anti-missile defense system in the South, the trade minister said on Monday.

South Korea and the United States say the sole purpose of the Terminal High Altitude Area Defense (THAAD) system is to guard against missile launches from North Korea, but China says that its powerful radar could penetrate into its territory.

"We have notified the WTO that China may be in violation of some trade agreements," Trade Minister Joo Hyung-hwan told parliament in response to questions about China's reaction.

It would be up to South Korea to follow up on its complaint to the WTO for any action to take place, analysts say, either by continuing to raise its concerns and spelling out what China is doing wrong, or by launching a trade dispute. The first step would be to formally "request consultations" with China.

When asked what would happen next, Joo said the ministry would strengthen communications with Beijing and take action if needed. He did not give further details.

China is South Korea's largest trading partner and the dispute over THAAD has resulted in a sharp decline in Chinese tourists in the South's shopping districts.

Beijing has never explicitly linked the restrictions to the THAAD deployment, but the South Korean government has offered cheap loans and extended deadlines on existing debt to help businesses that have been affected and has pushed to diversify trade markets.

Joo said the issue was raised with the WTO's Council for Trade in Services on Friday.

A trade ministry official, who asked not to be identified because of the sensitivity of the matter, said the complaint could not be categorized as a legal action but was rather a request for the WTO to look into whether China was upholding trade agreements fairly.

In Beijing, Chinese Foreign Ministry spokeswoman Hua Chunying did not comment directly on the WTO complaint.

"We support normal business and other exchanges between China and South Korea," Hua told a daily news briefing. "But everyone knows this needs a corresponding basis in public opinion."

Despite its concerns about the radar, Beijing also says THAAD will do nothing to ease tensions on the Korean peninsula.

Lawmakers ramped up their criticism of what they say has been the government's lack of an aggressive response to China's actions, which also include a freeze on South Korean television dramas, as well as music and product boycotts.

Efforts to hold direct discussions between the finance ministers of China and South Korea at a Group of 20 meeting in Germany at the weekend fell through after Beijing declined Seoul's request to meet, citing scheduling reasons.

China warns US, Korea of 'consequences' for missile system

SEOUL, South Korea, March 7:  China has said it will take unspecified measures against a U.S. missile system being deployed in... Read More...