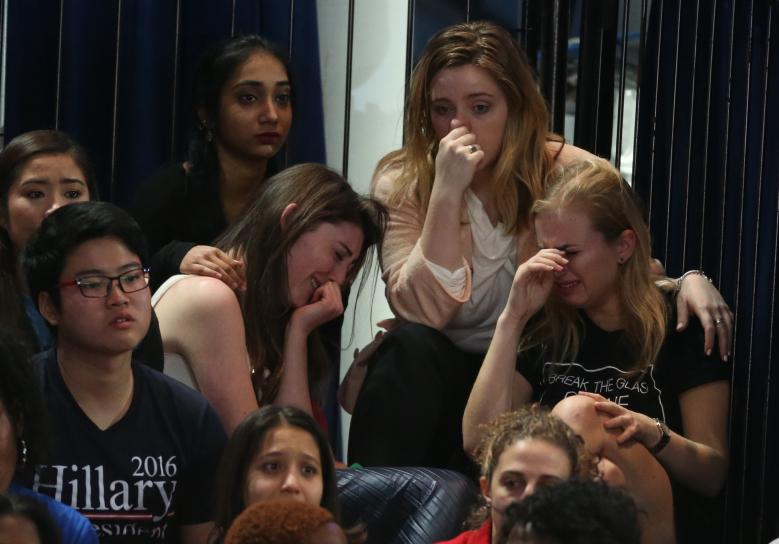 Supporters of Hillary Clinton react at her election night rally in Manhattan. (REUTERS)

In New Zealand, immigration officials told Reuters on the eve of the vote that New Zealand Now website, which deals with residency and student visas, had received 1,593 registrations from United States citizens since Nov. 1 – more than 50 percent of a typical month’s registrations in just seven days.

Visits to New Zealand Now from the United States were up almost 80 percent to 41,000 from 7 Oct to 7 November, compared to the same period last year.

Rod Drury, the chief executive of NZ-based global accounting software firm Xero, said the statistics matched up with interest his company has been seeing from prospective U.S. national employees concerned about a Trump win.

Drury said what started as a joke was becoming a reality.

"I’ve got lots of messages coming through at the moment asking for a job in New Zealand, and we’re saying ‘yes you can’," Drury told Reuters by telephone on Wednesday.

"It will be interesting to see whether it translates into real action, it’s an active conversation that moved to getting more serious and we’ll see what will happen in the Some Americans look to Canada, New Zealand as Trump lead growsnext month."

Meanwhile, some users in the United States, Canada and Asia saw an internal serve error message when trying to access Canada's immigration website.

Canadian officials could not immediately be reached for comment, but the website's problems were noted by many on Twitter.

After some Americans, often jokingly, said they would move to Canada if Trump was elected, the idea was taken up by some Canadian communities.

IN PICS: Farmers in Bhaktapur busy picking ‘makhamali’ flowers for Tihar
20 hours ago