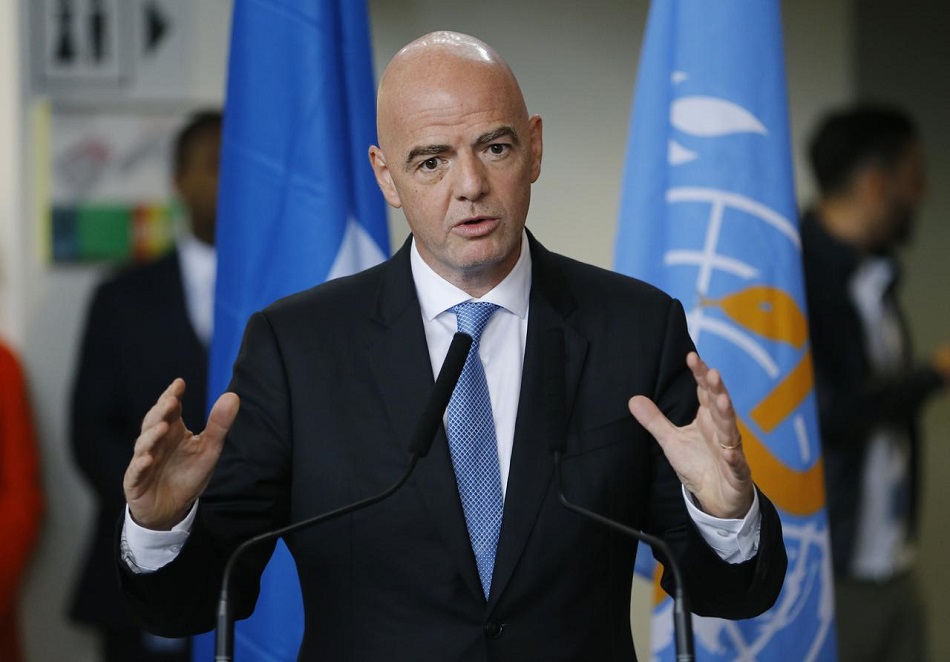 Infantino said the competition would take place in June-July of that year and that the format, slot allocation and criteria for selecting the teams would be decided in the next few weeks.

Infantino did not give an exact breakdown of slots but said there would be eight teams from Europe.

The competition is also expected to feature five or six teams from South America, one from Oceania, one from host nation China and three each from the other continental confederations.

Infantino also announced that the hosts for the 2030 World Cup would be chosen in 2024, although he said the Council did not discuss the possibility of allowing Asian countries to bid — something which would require a change of FIFA rules on the rotation of World Cup hosting.

“It is a historic decision for football,” Infantino said of the decision to choose China for the new-look competition, adding there were no other candidates.

“The new (tournament) will be a competition which anyone who loves football is looking forward to. It is the first real and true (Club) World Cup where the best clubs will compete,” he added.

Infantino said the new tournament would have a “major impact” financially. “It will allow us to generate significant revenues but I want to underline this, very, very clearly .....FIFA will have zero out of this because we will reinvest this in football,” he said.

The tournament has faced strong opposition from European clubs who say there is no room in the current international calendar.

The Club World Cup currently consists of seven teams and is held every December. Qatar will stage the final two editions, including the one this year.

Infantino said the bidding process for hosting of the 2030 World Cup would be launched in 2022 with the decisive vote at the FIFA Congress two years later.

Argentina, Uruguay, Chile and Paraguay have announced a four-way bid which could have sentimental value as Uruguay hosted the inaugural World Cup in 1930.

The four British associations are contemplating a joint bid along with Ireland while Bulgaria, Serbia, Greece and Romania are also planning a joint bid as are Spain and Portugal.

Asian countries are currently ruled out because Qatar will stage the 2022 World Cup and current regulations prevent the same continent from hosting either of the subsequent two tournaments.

“We did not discuss that — we just discussed the timeline,” said Infantino when asked if the council had considered changing the rule. However, he added: “As FIFA president. ......the more bidders we have for the World Cup, the happier I am.”

Infantino said FIFA would invest one billion dollars in women’s football during the current four-year cycle, double the amount originally planned. He said the extra would be taken from FIFA reserves.

FIFA tells Iran it is time to allow women into stadiums

ZURICH, Sept 19: FIFA president Gianni Infantino has told Iran it is time to allow women into football stadiums and the... Read More...

Nepse increases slightly by 4.62 points, while daily turnover drops as low as Rs 1.474 billion on Monday
15 minutes ago