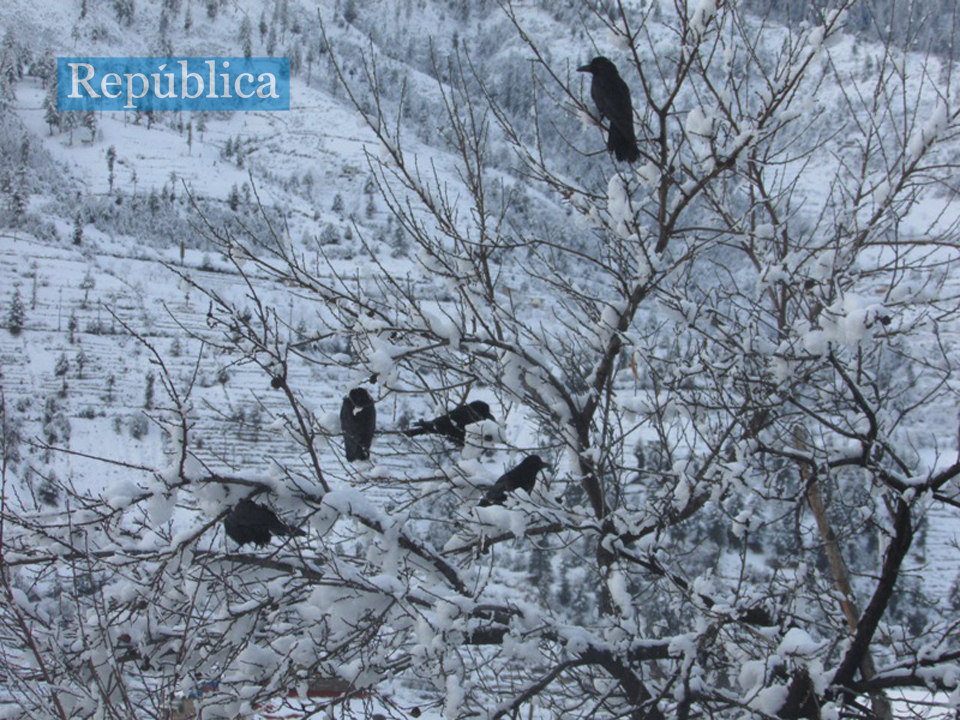 JUMLA, Dec 13: Daily life in different districts of Karnali province has been hit hard due to the first speel of snowfall of this season since Thursday.

Snowfall has started in Humla, Mugu and Dolpa districts since yesterday morning while Jumla and Kalikot districts have been witnessing chill since last night.

With the mercury dipping sharply following the snowfall, the daily life of people has been severely affected. However, the farmers are encouraged to have received snowfall as timely precipitation will help in better crops production.

Higher belts of the region have been fully covered in snow bringing a chill and rendering life difficult for the locals. Meanwhile, the local administration has urged the people to put on warm clothes and have hot soup items to avert the cold.

Due to continuous snowfall, local schools are shut down and cattle been confined in the sheds. Children and elderly people, in particular, are found to have affected by the cold. 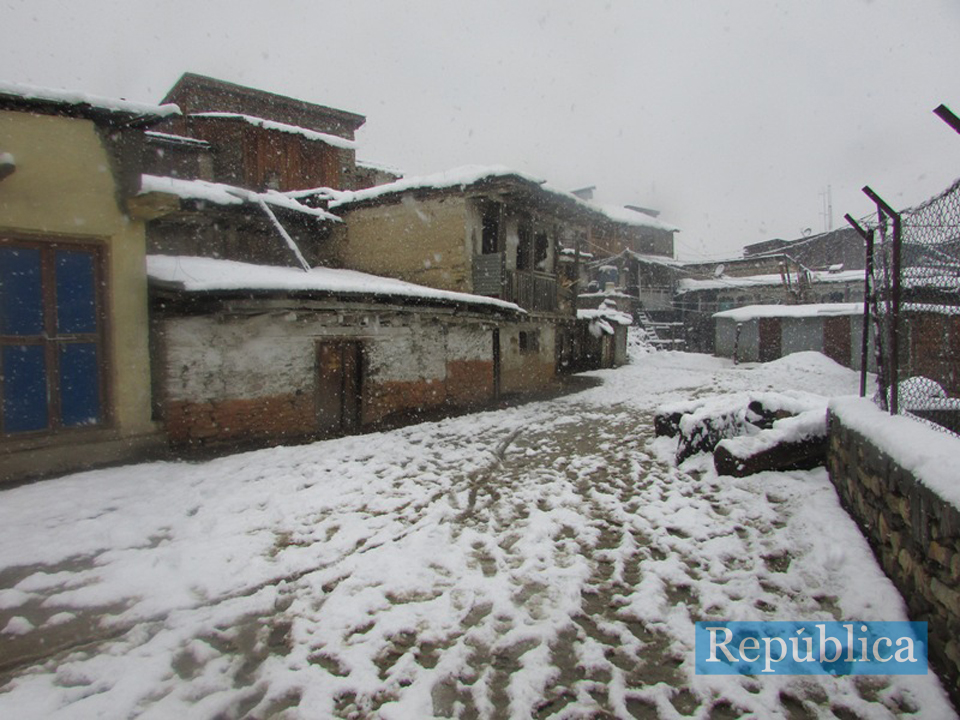 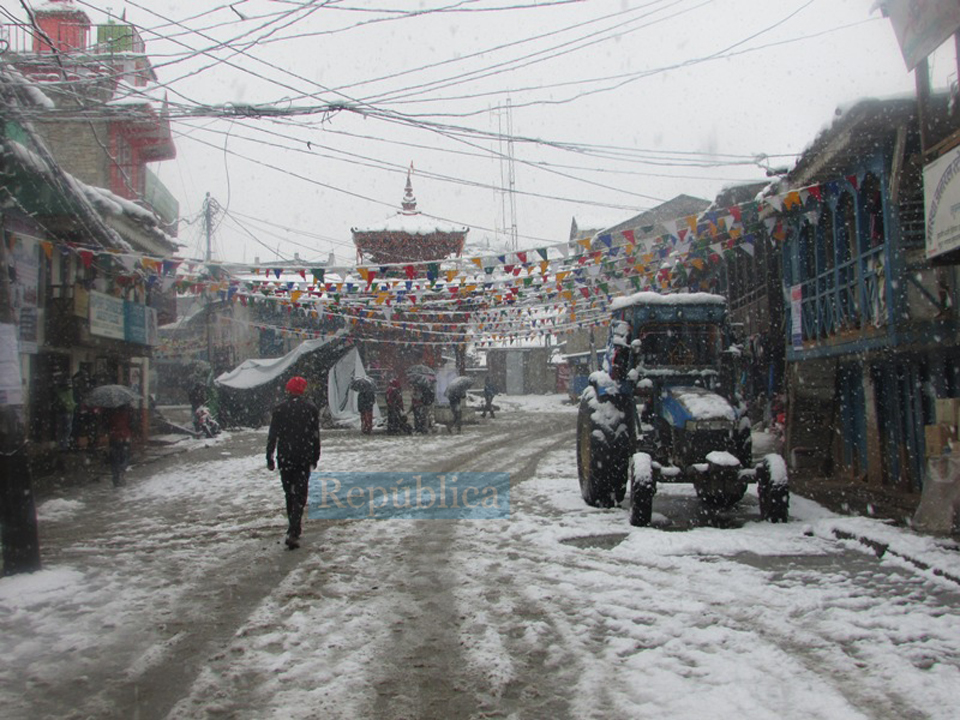