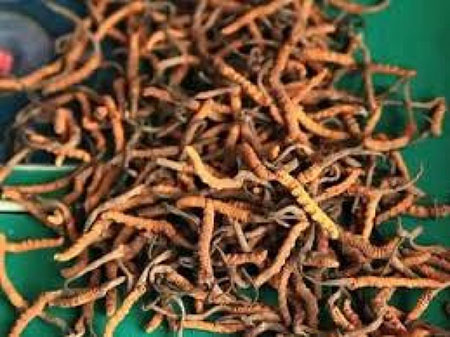 MANANG, May 27: The collection of yarsagumba or Cordyceps sinensis has been affected in Manang district following a snowfall. With the snowfall in the region, the collectors have returned for failing to collect yarsagumba.

Milan Tamang, a collector from Dhading district, said they are now back to lowlands after a snowfall in Bhatrang hill.

Likewise, Yekka Tamang, 46, of Dhading, shared that the collectors have returned to Chame after facing a food shortage and hardships in the highlands while staying there for almost one and a half months.

The collectors shared that a contractor has hired them to collect yarsagumba at the rate of Rs 400 per piece. Generally, March to the first week of June is considered an appropriate time for yarsagumba collection in the highlands of Manang district. The medicinal herb is collected through organization after submitting the approval letter given in the last fiscal year.

The collectors have said they plan to return to the highlands by taking foodstuffs once the snowfall is over.

The collection of yarsagumba, the medicinal herb, is also one of the key income sources for the people in Manang.

Earlier on April 6, the Annapurna Conservation Area Project (ACAP) Area Office in Manang had decided to issue approval for the collection of yarsagumba through a committee.

The local people of Manang, are issued the approval for yarsagumba collection after they submit their citizenship or other official documents, in case they have migrated from Manang.

MANANG, August 21: A new track is being constructed to connect Chame to Upper Manang as the roadway connecting Lower... Read More...

MANANG, Dec 28: With the heavy snowfall since Thursday afternoon, the minimum temperature in Manang district has dipped to minus 20... Read More...