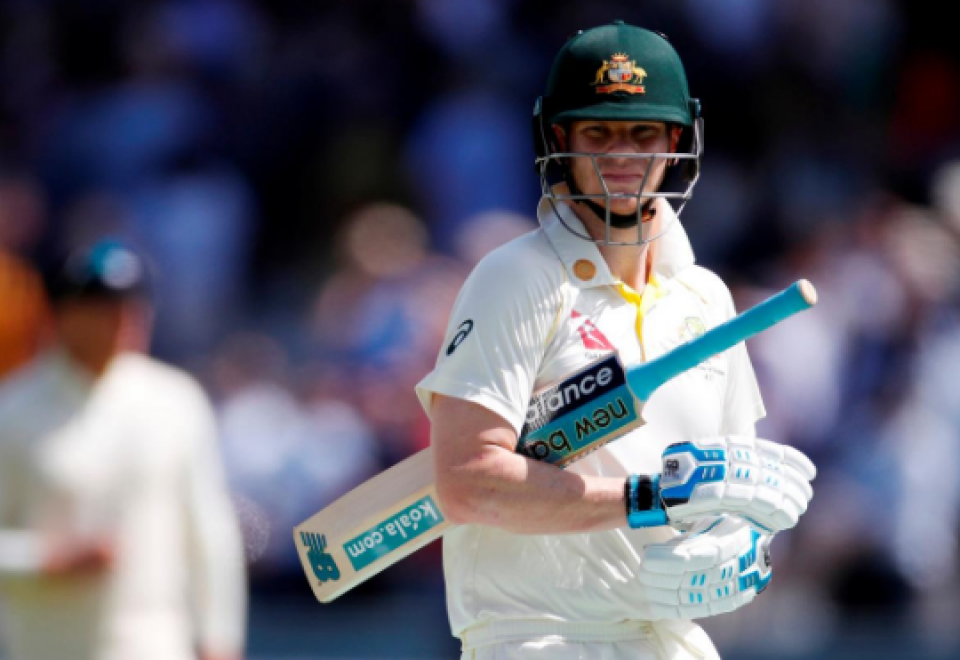 BENGALURU, Sept 3: Australia’s run-machine Steve Smith has edged past Indian captain Virat Kohli to become the best test batsman in the world, based on the International Cricket Council’s (ICC) rankings.

Kohli’s side moved to the top of the new ICC World Test Championship table with a 2-0 series sweep against West Indies. But his own first-ball duck in the second innings at Sabina Park meant he slipped to the second spot in the men’s individual ranking with 903 points.

Smith leads Kohli by one point but will have a chance to consolidate his position in the fourth Ashes test against England starting on Wednesday at Old Trafford, where he returns after recovering from concussion.

Former captain Smith has not held top spot in the rankings since December 2015. In August last year, while Smith was serving a 12-month ban over a ball-tampering scandal, Kohli overtook him in the standings.

The Australian number four has since made a remarkable return to the longest format, with twin hundreds in the first Ashes test in Birmingham.

He followed that up with a 92 at Lord’s before being felled by a short ball from England fast bowler Jofra Archer.

Australia now boast both the number one test batsman and bowler in the world, with Pat Cummins leading the bowling charts since February.

It is the first time the Australians have topped the charts with both bat and ball since March 2006, when Ricky Ponting and Glenn McGrath topped the respective rankings.

Kohli’s next opportunity to respond will be in a home test series against South Africa starting on Oct. 2.

After finishing the Caribbean series with 13 wickets at an impressive average of 9.23, Indian paceman Jasprit Bumrah rose four places to number three in the test rankings for bowlers, with a career-best 835 rating points.

The 25-year-old is now only behind Cummins and South Africa’s Kagiso Rabada.

England’s Ben Stokes remained in second place in the all-rounder ranking after his match-winning second-innings performance in the third Ashes test at Headingley, behind Holder and ahead of Bangladesh’s Shakib Al Hasan in third.

Reporting by Hardik Vyas in Bengaluru; Editing by Hugh Lawson

Kohli to continue all-format grind for next three years

WELLINGTON, Feb 19: Virat Kohli will continue to play all three formats with the same intensity for the next three years... Read More...

China and America Are Failing the Pandemic Test
5 hours ago

Suspension on int'l flights extended till April 30
3 hours ago