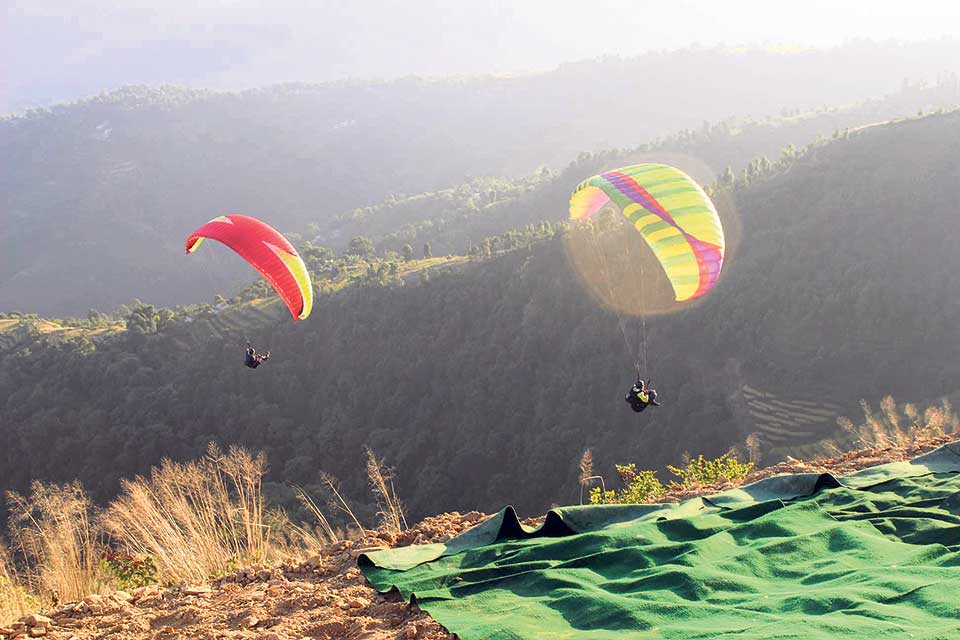 Slovenia’s pilot Prelozuil Rok has taken the lead in the top of the standings by five points. He got four points in the first round and one in the second.

Korea’s Jihun Yoo, who spot landed has six points in the second round, is third, while Korea’s Seong Min Lee is second with three points from the first round and two from the second is ahead of Lee on points. Spot landing is considered very important in paragliding.

Solvenia’s Rok got the top place because of his performance in the first round despite having same number of points. Also, Korea’s Sanggyu Lim is at the third place with six points.

Likewise, Nepal’s Yukesh Gurung got four in the first round and three in the second and is at the fifth place with seven points. Gurung had played a pivotal role at the 2018 Asian Games in Indonesia for the Nepal paragliding team to win the silver medal.

Korea’s Changmin Lee, who has four in the first and three in second, is in competition with Korea’s Lee.
“Nepal is at the fifth place at the end of the second round. We can still hope to win the medal,’’ said tournament’s judging committee member Bal Krishna Batsyal. “We can still hope for the medal as there are four rounds still to be played if the players show an improved performance.’’

The first and the second round is all individual competition. Batsyal also said that the third and the fourth rounds will be played on Saturday. According to Batysal, the spot landing is very important in accuracy. “The one who succeeds to bring zero point can win the title. Spot landing means bringing zero point.’’
There are three categories in the tournament which are overall, women and team events.